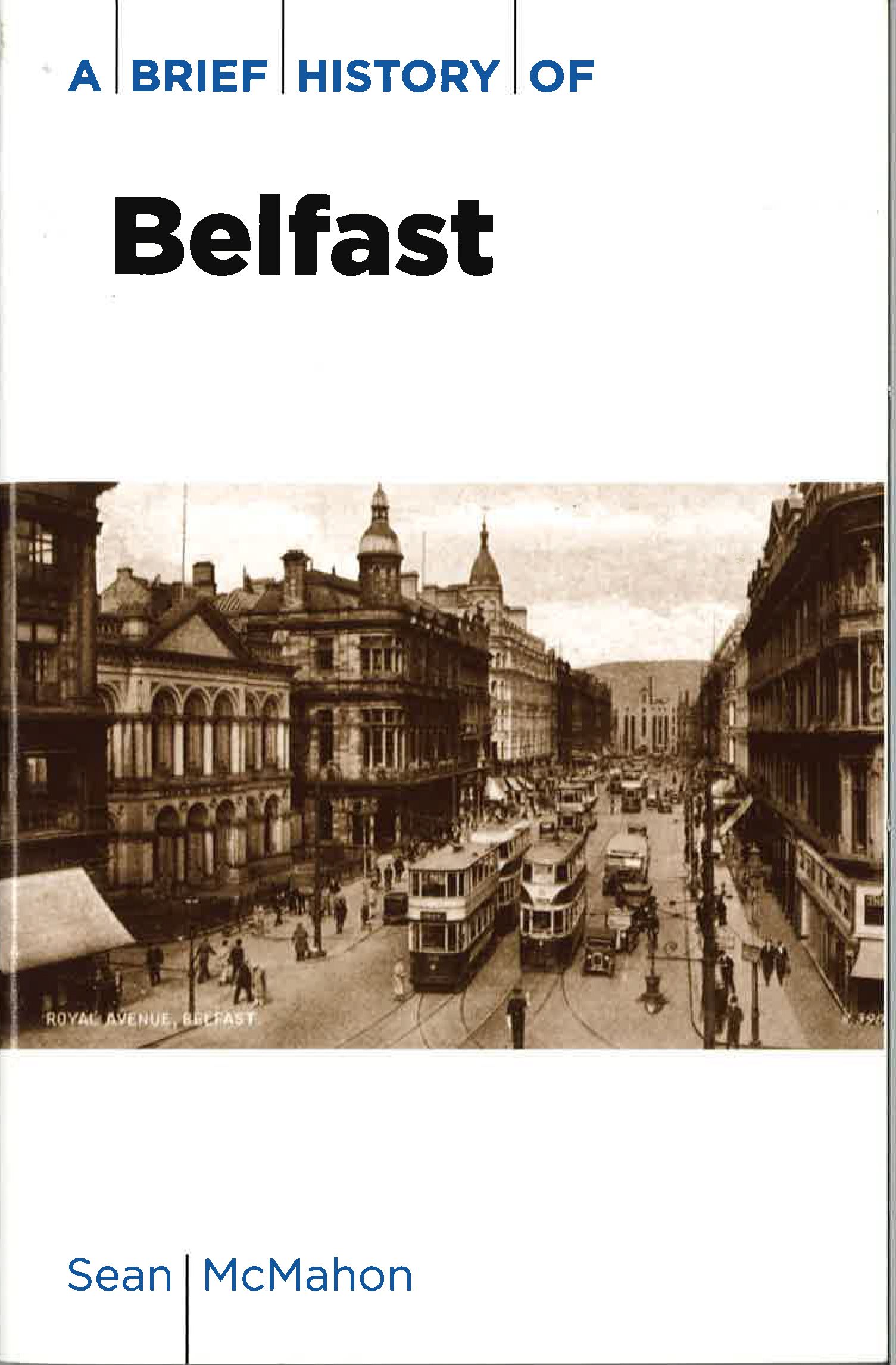 A Brief History of Belfast

From the unlikeliest of origins, when it was `knocked up from the swamp', Belfast has grown into a vibrant twenty-first century city. Sean McMahon's entertaining book covers the years of that growth, charting the erratic expansion of the settlement under the patronage of Sir Arthur Chichester and his family, the failed rebellion of the United Irishmen, the century of innovation and industry that resulted in the area becoming known as `Linenopolis', the Ulster Crisis, the Great War, the `Troubles', and beyond.

Detailing the events that have helped to define the city - the growth of its shipyards, linen mills, and other industries, as well as its often turbulent political and social history - and the multitude of personalities who have contributed to its development, this brief introduction to Belfast is as colourful and dramatic as the story it tells.