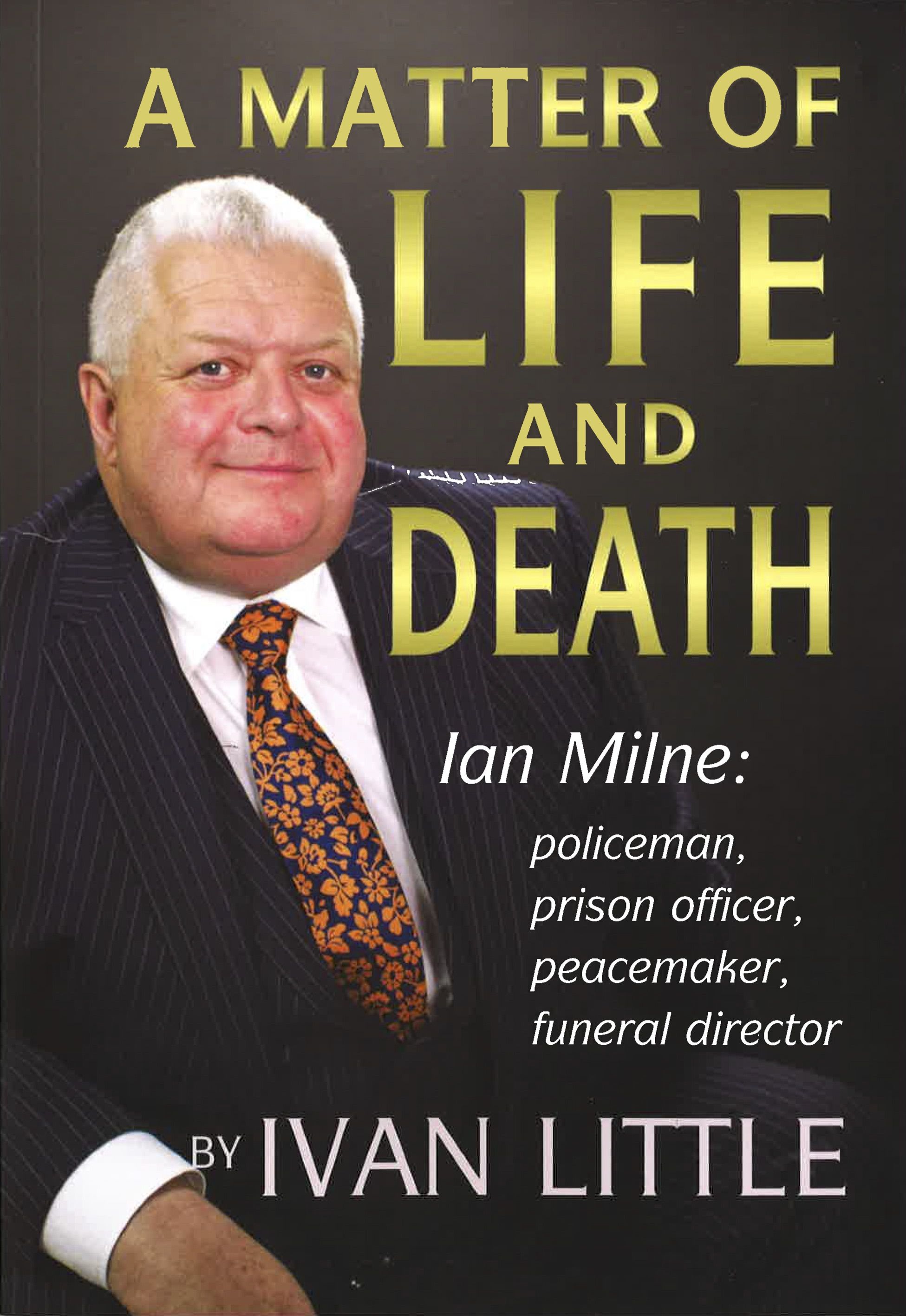 A Matter of Life and Death

Ian Milne is one of Northern Ireland's most respected funeral directors, but there's more to him than meets the eye. Ivan Little explores the lesser-known sides to Milne, a former policeman, a prison officer and a peacemaker, acting as a secret mediator during the Drumcree dispute.

Ian Milne is one of Northern Ireland's most respected funeral directors who has businesses in Portadown, Lurgan and Banbridge. But there's more to Milne than meets the eye. Much more. And in this fascinating book leading journalist Ivan Little explores the lesser known sides to Milne who's a former policeman, prison officer and peacemaker.

In the later role he spent years acting as a secret mediator in the poisonous Drumcree dispute in his native Portadown, trying to find a solution to the annual impasse over a contentious Orange Order parade that regularly sparked trouble on the streets of Northern Ireland and saw Milne coming into regular contact with British Prime Minister Tony Blair.

Significantly his tireless efforts, which brought death threats in their wake, are praised in the book by Portadown Orangemen and by the Garvaghy Road Residents Coalition as well as by churchmen and business leaders. But Milne also reveals how he was sexually abused as a child; how he could have been killed in a bomb trap and how a phone call from a doctor stopped him taking his own life in the midst of a financial crisis. But there's humour too with Milne recalling how he once fell into a grave during a burial and how he appeared on radio to tell Gloria Hunniford about his prize-winning goats and his dreams of becoming an actor.

Milne also talks about his passion for motorbike racing as well as his split loyalties as a supporter of both Portadown and Glenavon Football Clubs.