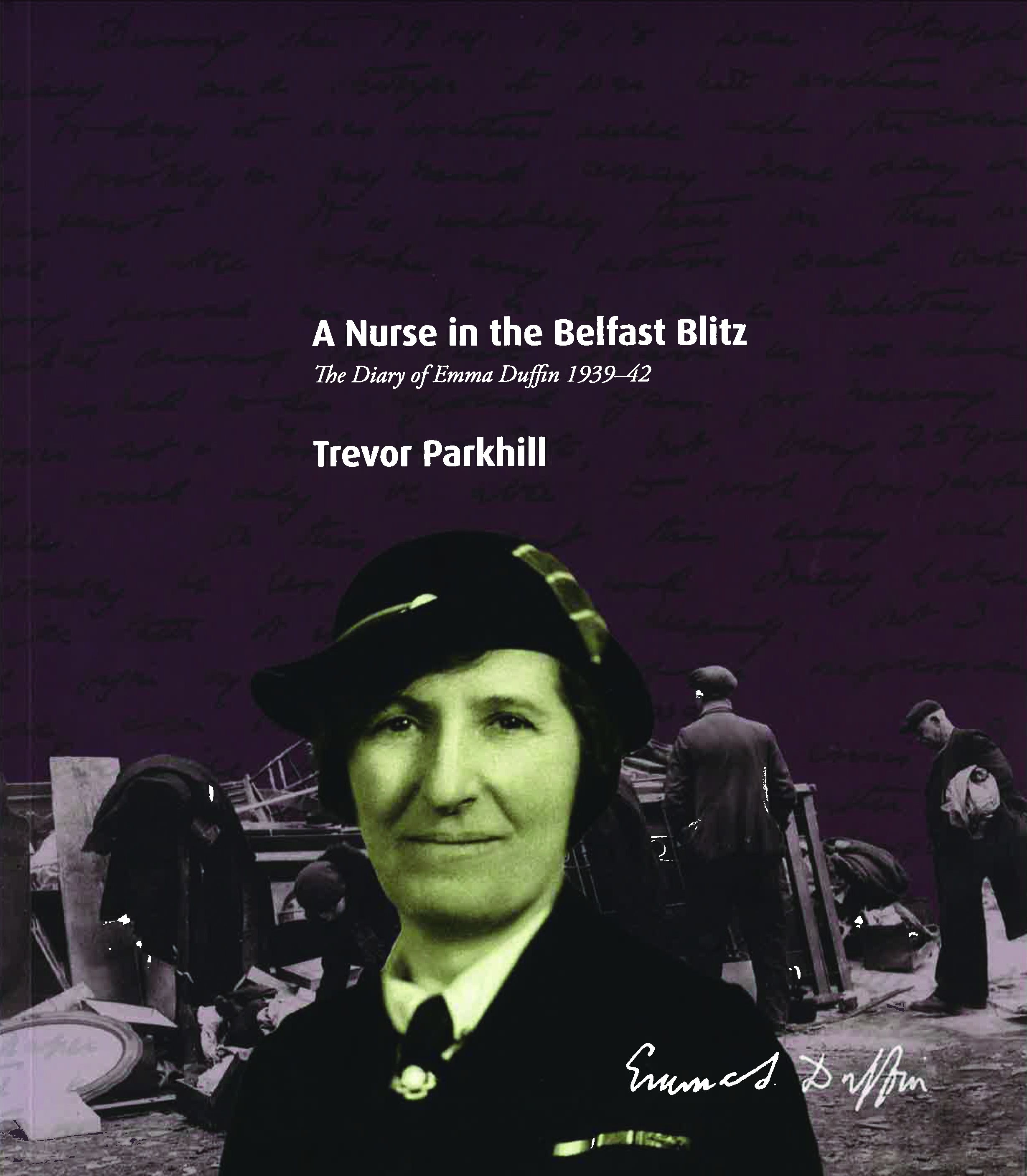 A Nurse in the Belfast Blitz

The Blitz on Belfast in April 1941 is without doubt the single most traumatic single event in the city's long and often troubled history. Emma Duffin's eye-witness account of the devastating raid and its aftermath are vividly evident in her graphic and extensive diary entries, now published by the Northern Ireland War Memorial as A Nurse in the Belfast Blitz.

Her description of a journey through the city centre to north Belfast, which had borne the brunt of the raid, confirms the devastating extent of an aerial raid which left hundreds dead and thousands of houses destroyed. Equally gripping is her account of a gruelling day spent in St George's market, where she helped grief stricken families identify loved ones from the laid out, often mangled, corpses.

Emma Duffin's diary, amounting to some 138 closely-written manuscript pages in one volume, is held in the Public Record Office of Northern Ireland, Belfast. It has been transcribed and is represented here, almost exactly as it was written. To facilitate accessibility, illustrations have been added, and the text has been divided into five chapters, each with a short contextual introduction by the editor, Trevor Parkhill. Where possible, extra information is given in footnotes about events and family members mentioned in the text.