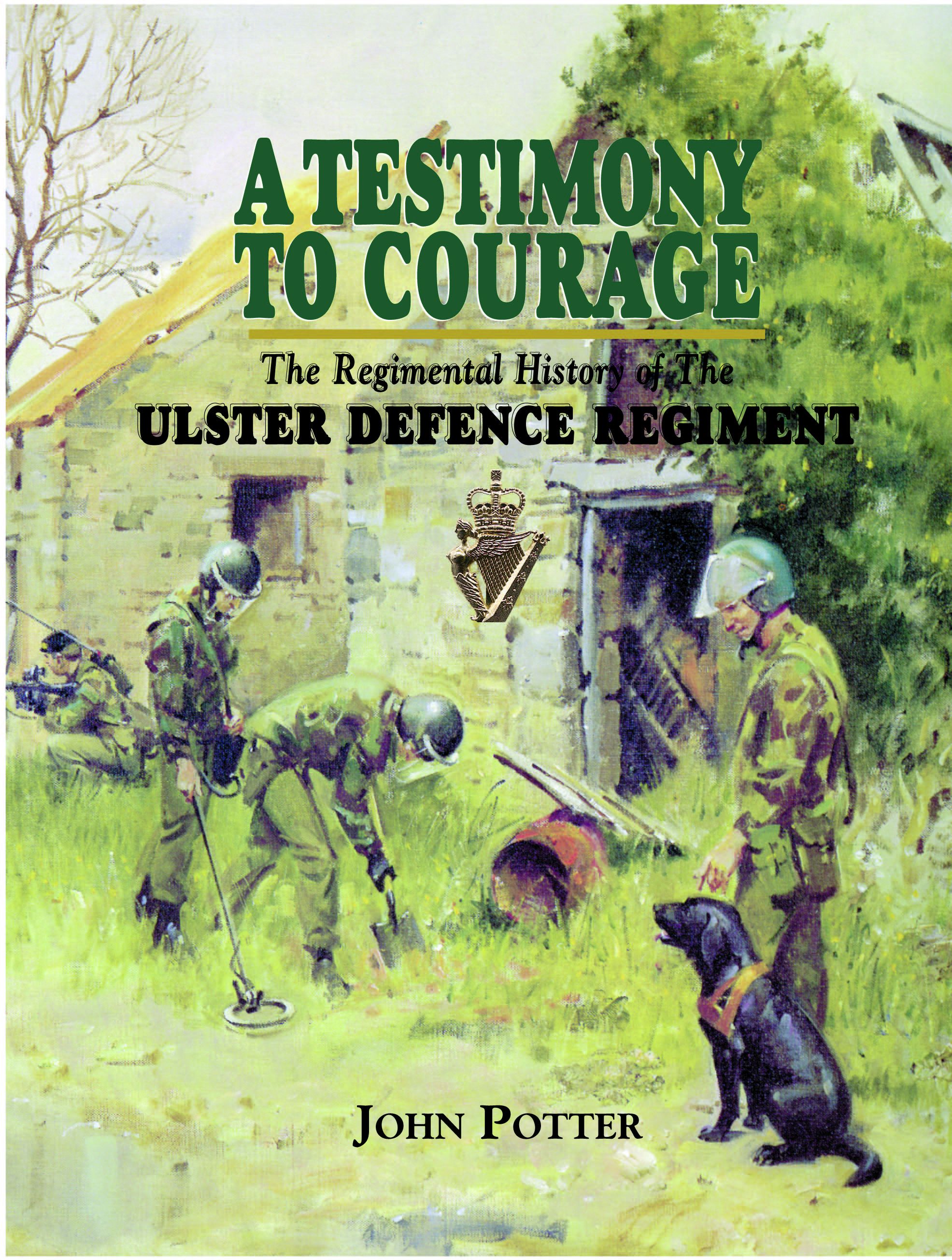 A Testimony To Courage

'A Testimony to Courage' is the history of The Ulster Defence Regiment from its inception in 1969 until its merger with the Royal Irish Rangers in 1992. It describes its development from a part-time, amateur, under-trained force into a professional regiment composed both of part-time and full time soldiers, both men and women, responsible for first line support to the RUC in 85% of the Province.

Covering the Regiment's mistakes as well as successes, it deals frankly with the problems of Loyalist paramilitary infiltration and with the Stevens Enquiry.

'A Testimony to Courage' vividly describes the threat under which not just the soldiers but their families also had to live, and records the murders of some of the 197 members killed as a result of terrorist attack. It addresses how the Regiment became mainly Protestant as a result of the loss of Nationalist support and recruits, and the constant criticism of the Irish Government and Nationalist politicians. A final chapter records objectively the lessons to be learnt from this unique experience.

This book is not an official history as such but more a thorough record of the UDR's dramatic 23 year existence.