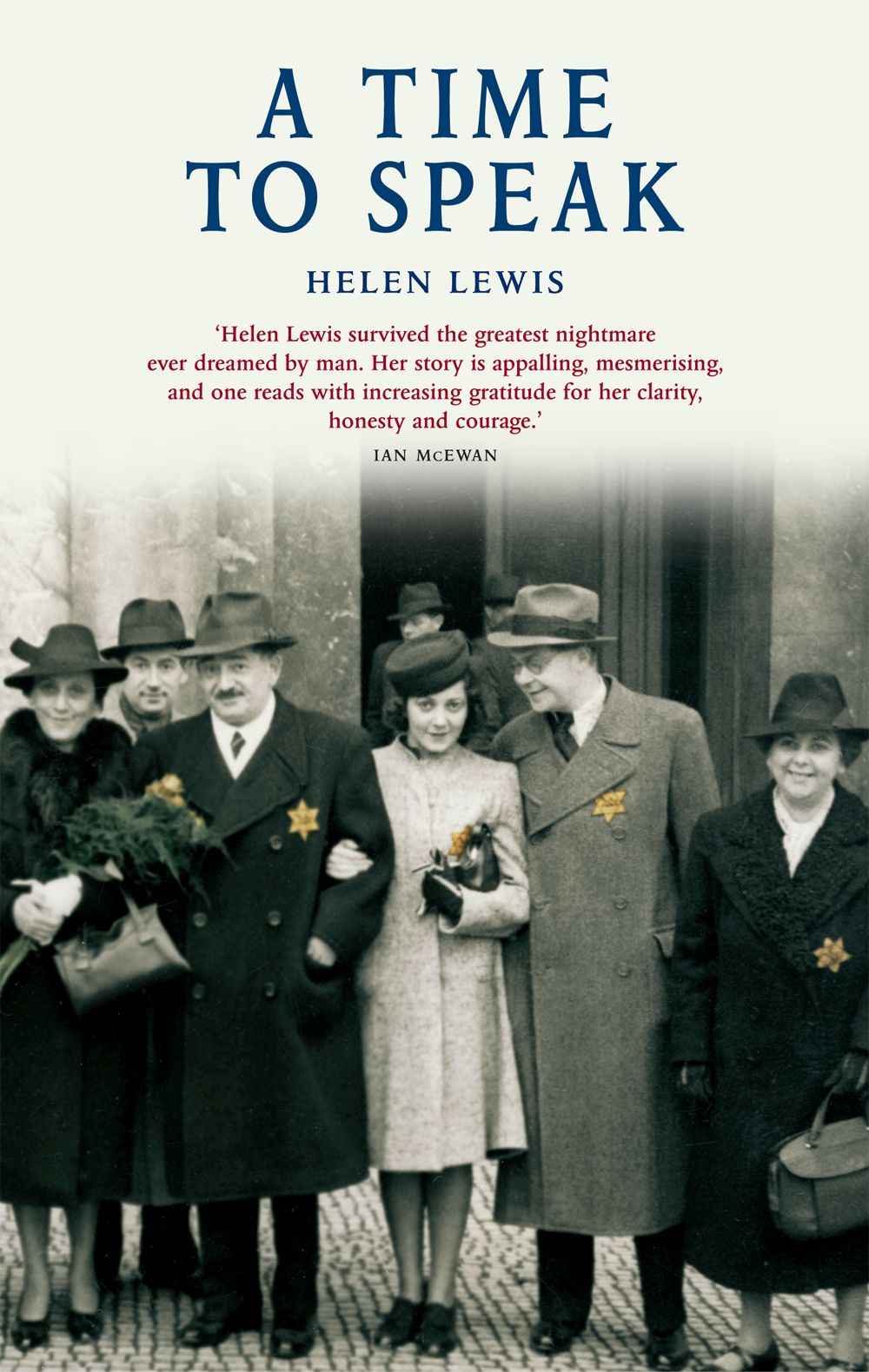 A Time to Speak

Praised by Ian McEwan, Michael Longley, the Guardian and many others, A Time to Speak tells the story of Helen Lewis, shipped from Prague to Auschwitz at the start of WW2 as part of the Final Solution, and her struggle to survive the Holocaust.

‘Helen Lewis survived the greatest nightmare ever dreamed by man. Her story is appalling, mesmerising, and one reads with increasing gratitude for her clarity, honesty and courage.’ Ian McEwan

Helen Lewis, a young student of dance in Prague at the outbreak of WW2 was herded, like Madeleine Albright, into the Terezin ghetto, then shipped to Auschwitz, in 1942. Separated from her family, she struggled to survive amidst the carnage of The Final Solution. How she did so, and what she did in order to survive, is a gripping story, told with wit, candour, and controlled anger.

Widely praised by many, including Jennifer Johnston, Michael Longley, and the Guardian, and hailed by the Independent for its ‘elegiac simplicity and lucidity’, A Time to Speak is an elegant memoir of the Holocaust, humbling in its freedom from bitterness, which will leave no reader unmoved.