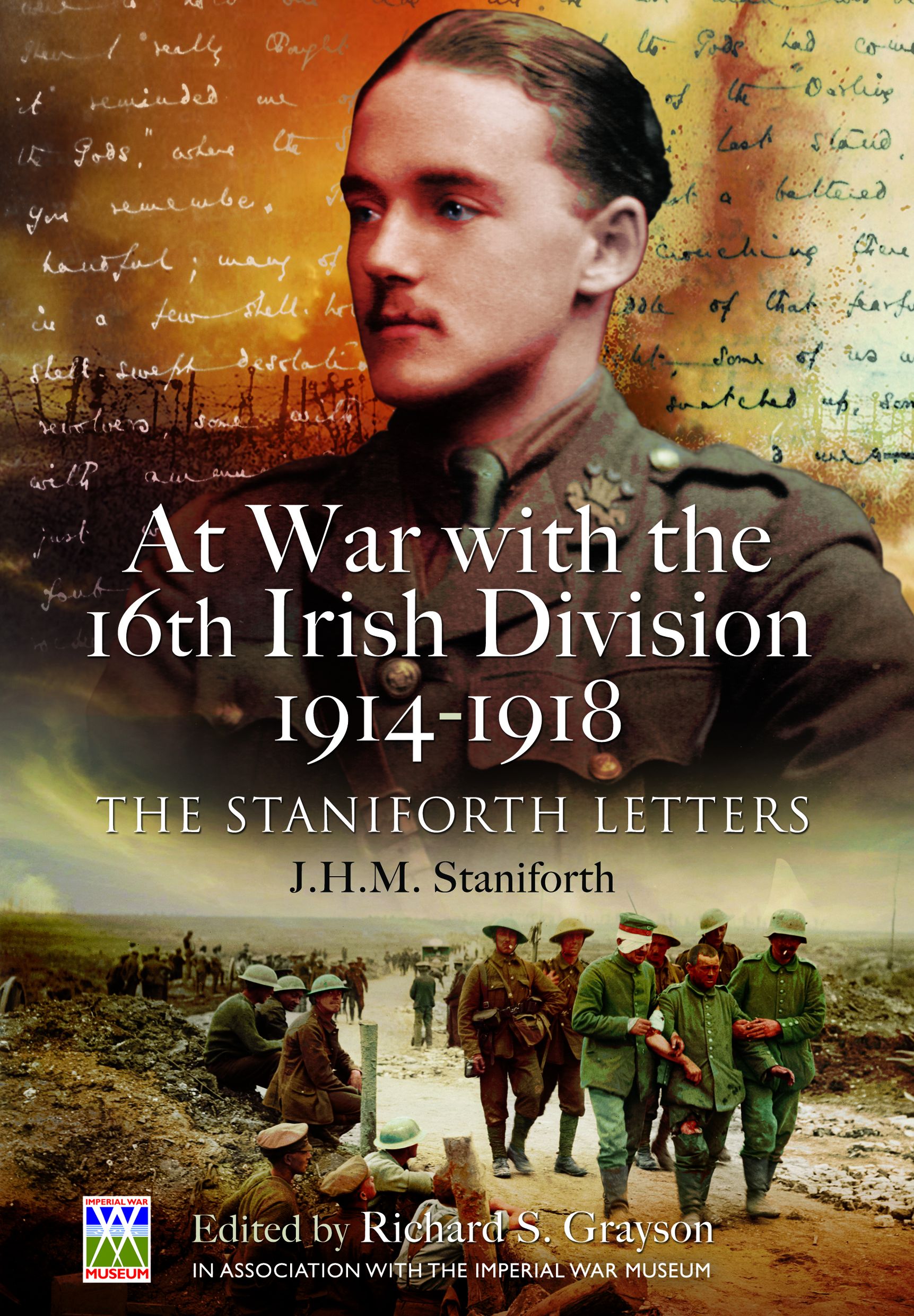 The letters of John ‘Max’ Staniforth are among the most perceptive, graphic and evocative personal records of a soldier’s life to have come down to us from the Great War. They cover his entire wartime career with the 16th (Irish) Division, from his enlistment in 1914 till the armistice, and they have never been published before.

From his first days in the army, Staniforth wrote fluent, descriptive weekly letters to his parents and, in doing so, he created a fascinating record of his experiences and those of the men around him. When the division arrived on the Western Front in 1915, he related his impressions in detail, and went on to give an unflinching account of the drama and the cruelty – and the gruelling routine – of trench warfare. After he was gassed in 1918, he wrote about his feelings and the treatment he received just as thoroughly as he did about every other aspect of the conflict.

A striking aspect of the letters is that Staniforth enlisted as a private soldier and went through the training of the ordinary recruit before rising through the ranks. The letters also show how the Irish division was influenced by the turmoil of contemporary politics in Ireland.