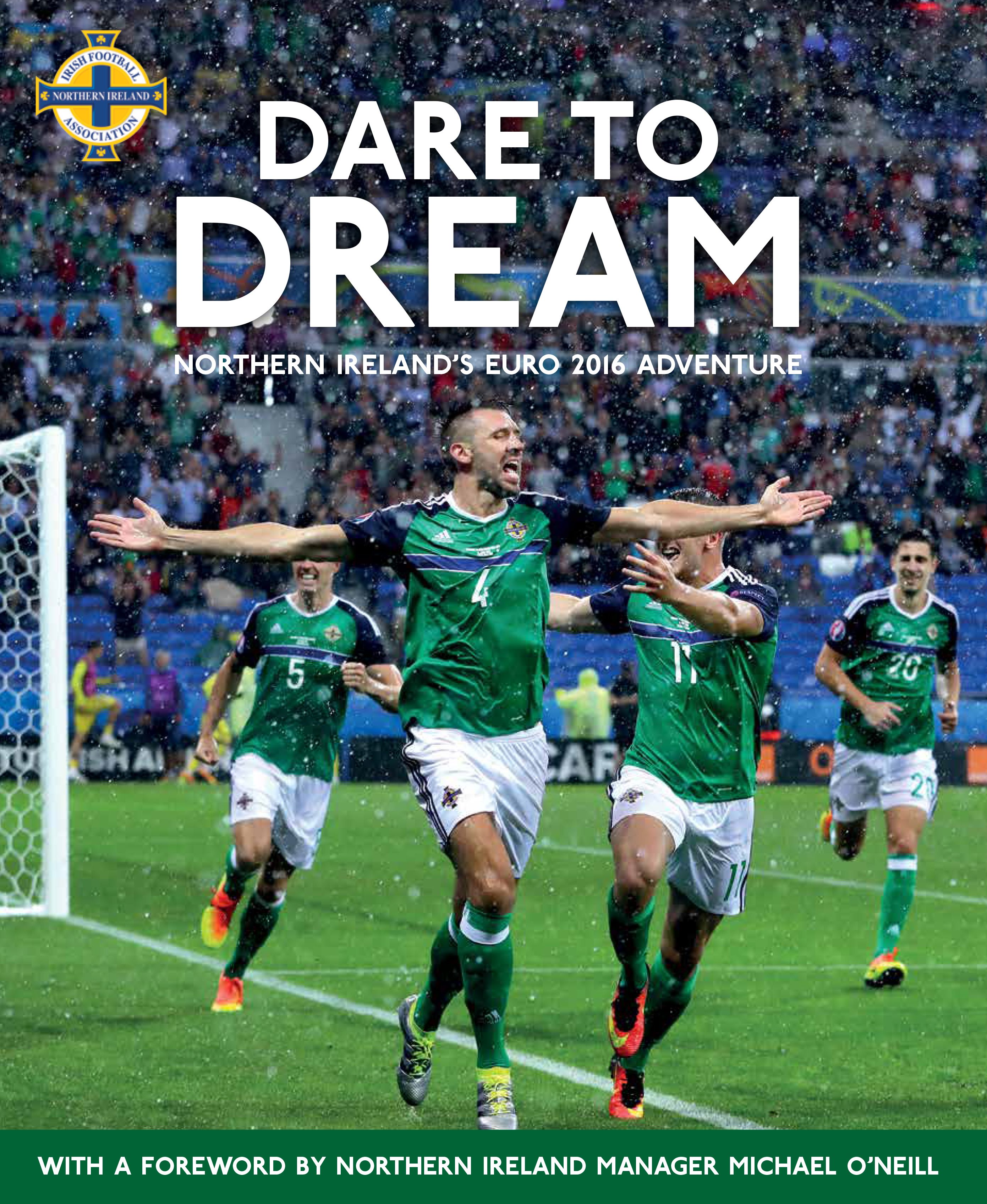 ‘These are the moments you cherish.’

When Northern Ireland qualified for the 2016 European Championship Finals, the country went football crazy. The tournament that followed in France captured our hearts and minds and we dared to dream.

We were on the edge of our seats as Michael McGovern put in the performance of a lifetime against Germany. We cheered ourselves hoarse when Gareth McAuley flew through the air to score that spectacular goal against Ukraine, effectively taking us into the last 16. And though we were bitterly disappointed to go out to Wales, our team had done us proud and showed the world that we deserved our place in the competition.

Dare To Dream is a celebration of an incredible Euro 2016 campaign that made history and continues to inspire a growing Green And White Army. With a foreword by manager Michael O’Neill and containing more than 140 stunning pictures – many of them behind-the-scenes and never before seen – this is the definitive official record of the campaign, filled with insights from Michael O’Neill and his players. We dreamed the impossible and we did it.