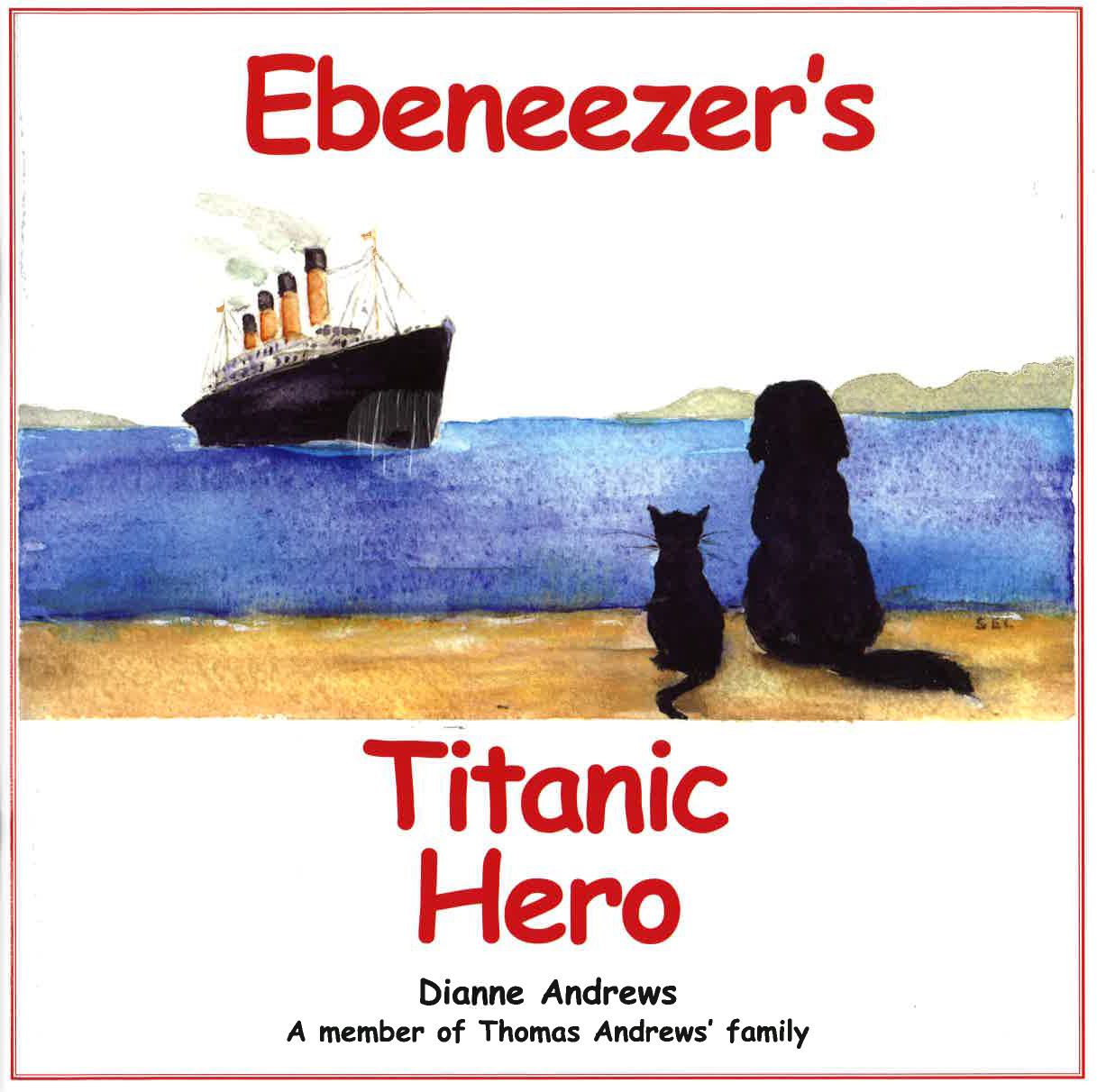 'The tragedy of the Titanic still holds a fascination for many children. Many have seen the film and want to know more about what happened. During my research I found this wonderful story about a huge Newfoundland dog who rescued a whole lifeboat full of passengers on that dark night in April 1912 - I hope you enjoy the story.' Dianne Andrews

Following the success of my last book “Ebeneezer’s Titanic Adventure” I realised that the disastrous tragedy of the Titanic still holds a fascination for many children. Many young people will have seen the film, Titanic and will want to know all they can about what happened on that fateful night. During my research of the disaster, I found this wonderful story about a huge black Newfoundland dog who rescued a whole lifeboat full of passengers on that dark freezing night in April 1912. He was acclaimed a hero. Pet cats and dogs play such an important part in everyday life and sometimes we forget how clever they are and how they can be trained to do amazing things.

The year, 2012, was 100 years since the famous White Star passenger liner ‘Titanic’ hit an iceberg and sank. My husbands’ great uncle, Thomas Andrews was head of the Titanic design team at Harland and Wolff’s shipyard in Belfast. Unfortunately he was among those who lost their lives in the tragedy. We lived for seventeen years in ‘Ardara,’ the family house in Comber where Thomas Andrews spent his childhood and youth.

The disaster was always a great sadness for the family but as the years go by and the history of the Titanic has been marked by the building of the Titanic quarter in Belfast, I decided to write a second Titanic Ebeneezer adventure.

I hope you will enjoy the story.