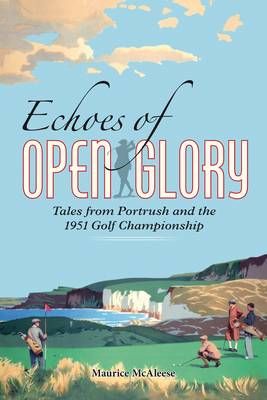 The story of Portrush in County Antrim and its association with the golf Open Championship of 1951. As well as what happened on and off the course during that celebrated tournament, the author explores the lesser-known aspects of the game in this small corner of the world and glimpses life in Northern Ireland during the mid-20th century.

In a holiday guide from the 1950s Portrush is described as "a place where golfers foregather" and that "foregathering" has been happening for well over a century now. Less well known, perhaps, is the story of Portrush and its many and varied associations with the Open Championship. It is a remarkable story told here by retired journalist Maurice McAleese, himself a Portrush man, who admits that he is "just old enough" to remember seeing some of the top players of the day in action on the Dunluce fairways in 1951. As well as having a focus on what happened on and off the course during that celebrated Championship, he touches on some of the not so well known aspects of the game in this small corner of the world and along the way gives a glimpse of life in Portrush and North Antrim in that mid-twentieth century period.