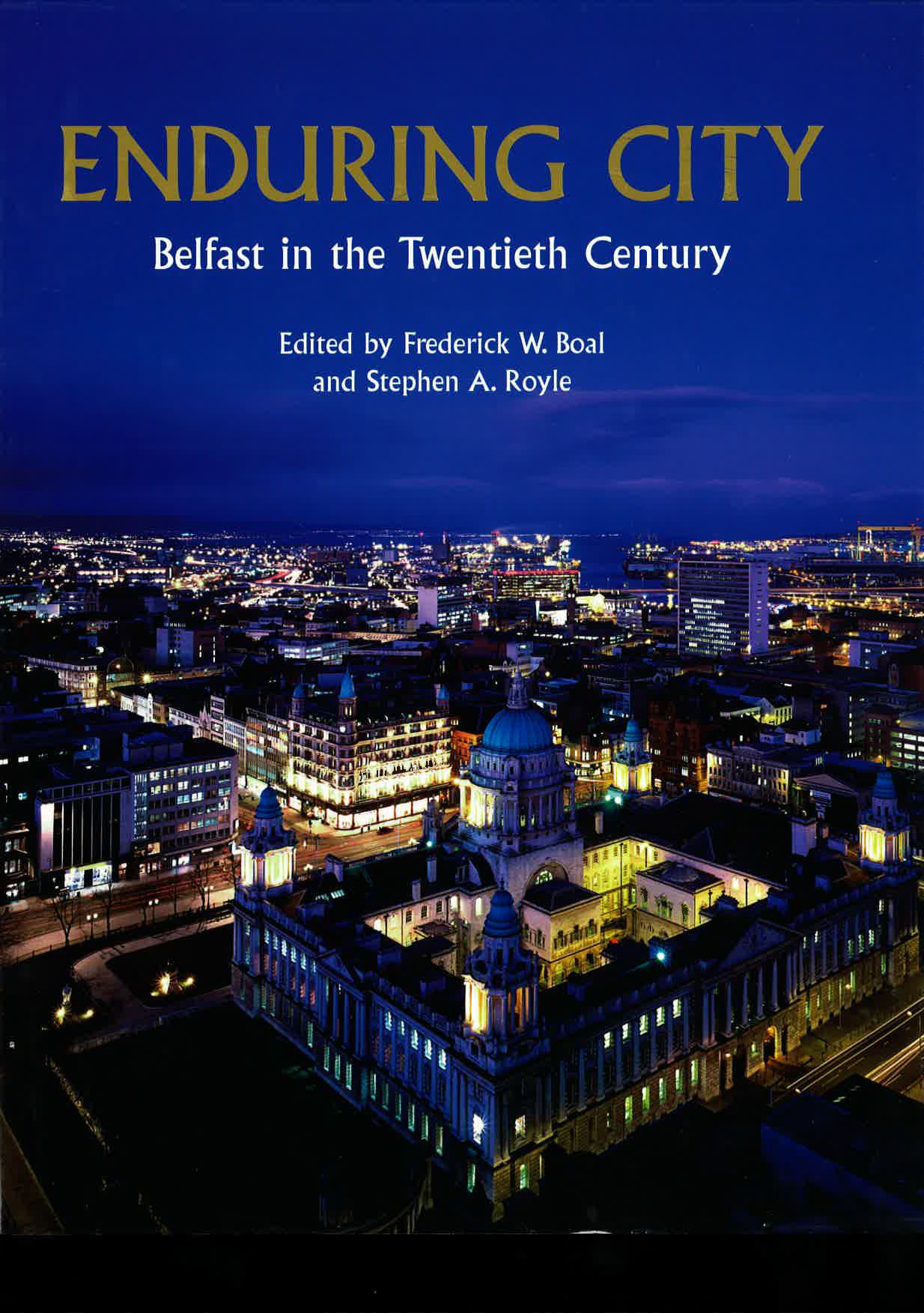 Tells the story of Belfast and its people in the twentieth century. This volume contains nineteen essays that record the highs and lows of a century of seismic change in Belfast's history. It charts the evolution and development of Belfast - from politics and governance to education and health, planning and architecture, and more.

In "Enduring City", editors Frederick Boal and Stephen Royle bring together an impressive array of critics, scholars, and commentators to tell the story of Belfast and its people in the twentieth century.

Specially commissioned for this volume, the nineteen essays presented here record the highs and lows of a century of seismic change in Belfast's history. From politics and governance to education and health, planning and architecture, population and transport, religious identities and conflict, and popular culture and literary life, the contributors chart the evolution and development of Belfast over the course of the last century. Broad and wide-ranging, the essays deal with the political, cultural, social and physical changes that impacted on the city, including the devastation of the blitz; the economic depression of the 1930s; segregation and population redistribution; the deindustrialisation of the city in the second half of the twentieth century; the troubles; and changes to the built fabric of the city, such as the redevelopment of the waterfront and the ongoing regeneration of the city centre.

Lavishly illustrated with over three hundred photographs and maps, "Enduring City" paints a vivid and detailed picture of Belfast in the twentieth century and of the complex and sometimes conflicting ways in which it has been experienced, perceived and imagined by its citizens.