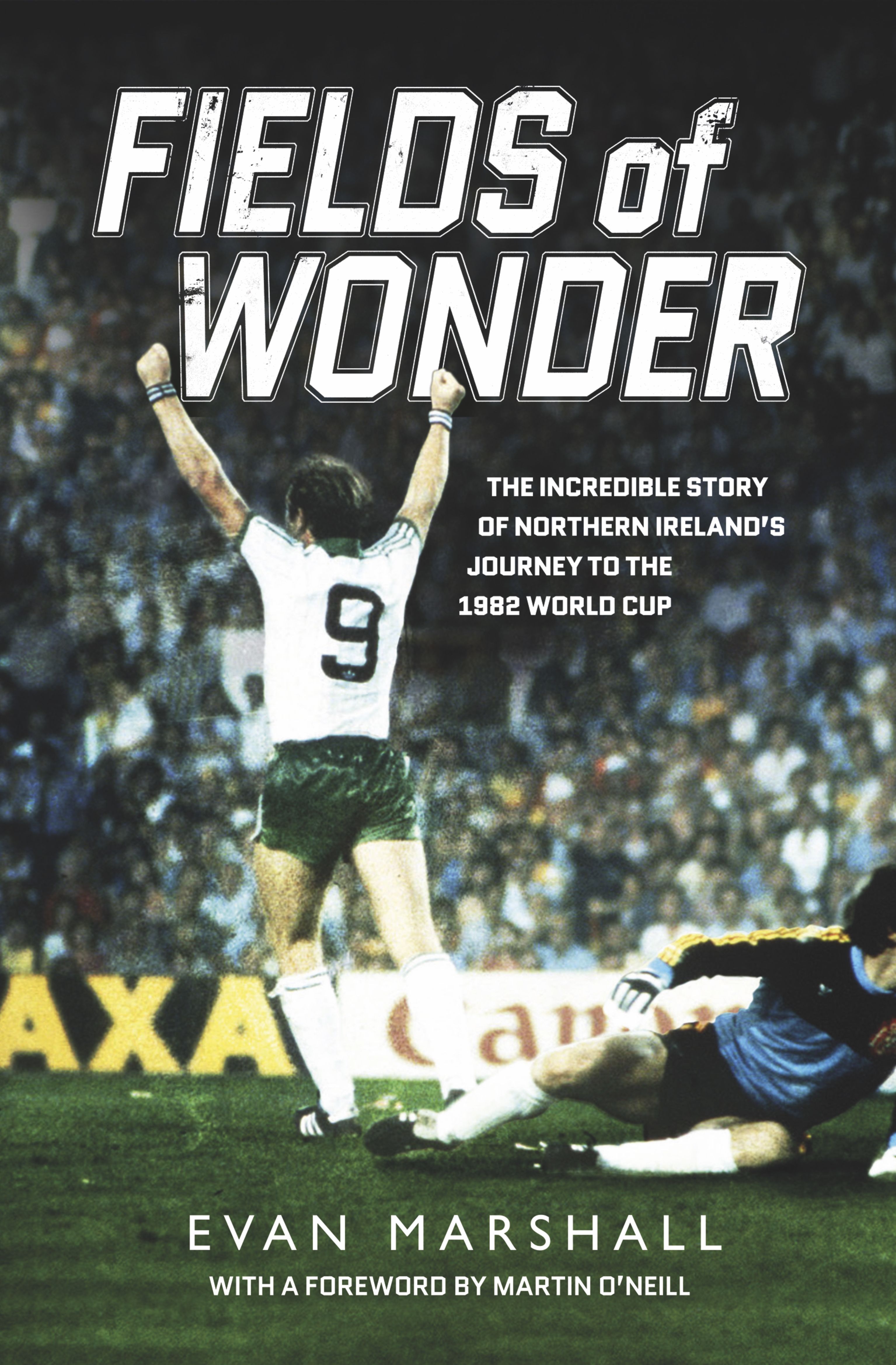 Be transported pitch-side in this story of the fluctuating fortunes and football heroics that marked Northern Ireland’s 1982 campaign. Based on new interviews with many of the players, including Norman Whiteside and Martin O’Neill, as well as with manager Billy Bingham, this book is a vivid account of the team’s glory days.

‘I was never as proud to be part of a team as I was being part of that team.’ PAT JENNINGS

By the end of the 1970s, the Northern Ireland football team was in the doldrums. Against a background of civil unrest, the team had endured long periods of playing all their games away from home and had just finished bottom of the British Championship for the fourth successive year. Two years later they walked onto the pitch against France to play for a place in the 1982 World Cup semi-finals.

In Fields of Wonder, Evan Marshall charts Northern Ireland’s incredible World Cup journey in thrilling detail, from the appointment of Billy Bingham as manager and the winning of the British Home Championship in 1980 through the ups and downs of the qualifying stages, and that night of pulsating drama against Spain in Valencia.

Based on interviews with manager Billy Bingham and with many of the players, including Pat Jennings, Martin O’Neill, Gerry Armstrong and Norman Whiteside, and told against the backdrop of the Troubles, this book vividly captures the struggles, spirit and magic of Northern Ireland’s 1982 World Cup campaign.