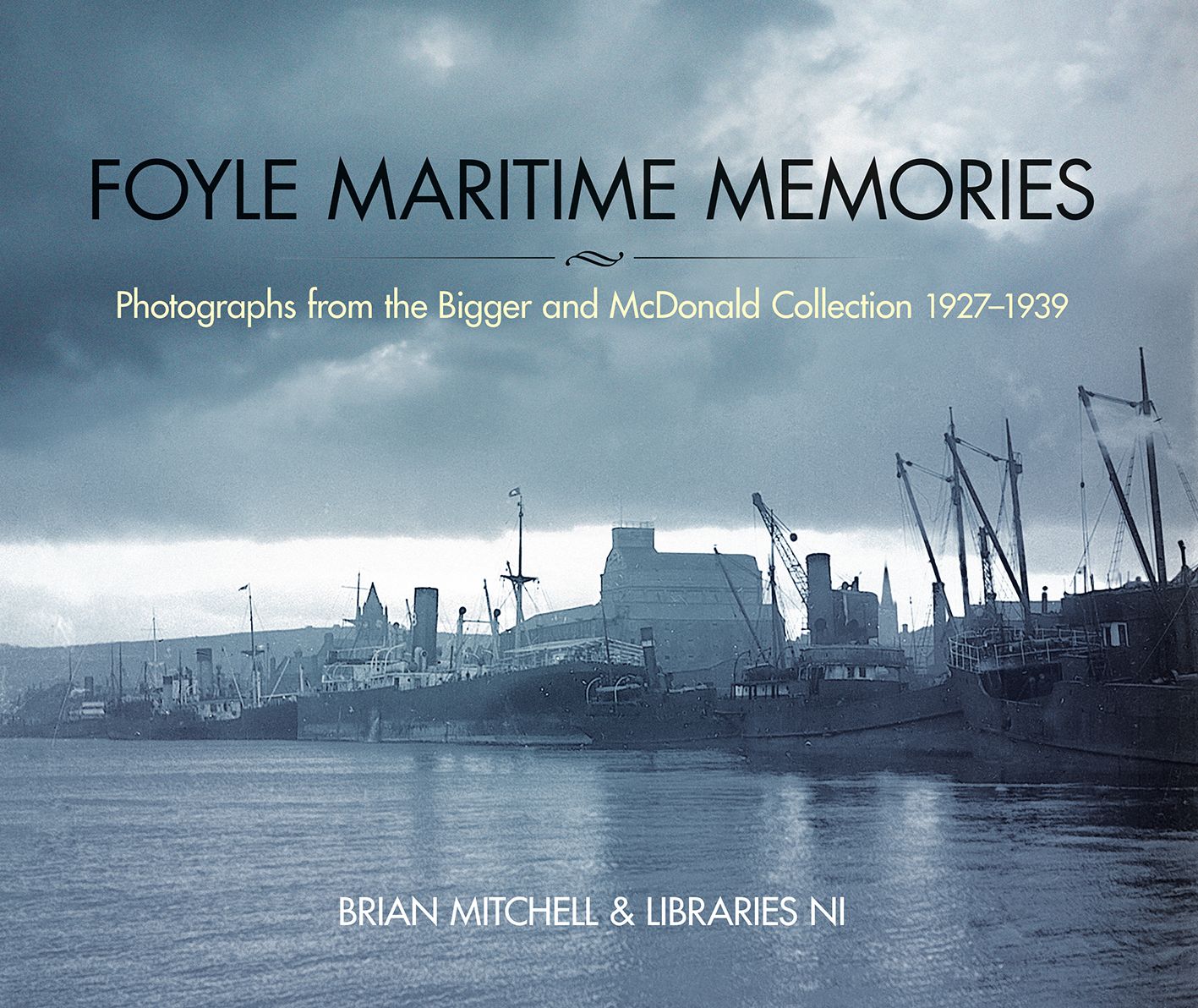 Originally featured in the Derry Standard, Brian Mitchell has researched a selection of images from this extensive collection that now rests with Derry Central Library. Focusing specifically on the maritime history of the city from 1927-1939, the book provides a fascinating dip into this truly unique collection and the Foyle's maritime history.

On Friday 15 April 1927, the Derry Standard began to publish local photographs in the pages of its newspaper, with the hope ‘to present … pictures of local doings which can bear comparison with those of any other newspaper in the land.’  These images were rescued by David Bigger and Terence McDonald in 1968 after the paper’s closure in 1966, and the whole collection now rests with Libraries NI at Derry Central Library.

Brian Mitchell has painstakingly researched a selection of these photographs, focusing specifically on the maritime history of the city from 1927–1939. Images include the activity on the quays, loading and unloading of ships, tug-tenders plying between Derry and Moville, transatlantic liners, the Scotch Boat and emigrants and passengers on board the tenders, liners and cross-channel steamers.

Visits by Royal Navy destroyers, the City of Derry Rowing Club’s annual regatta and the arrival of military flying boats on the Foyle are also recorded, including the first appearance of the RAF’s Supermarine Southampton and the Italian squadron of 24 seaplanes crossing the Atlantic which stopped off while on their way to Chicago’s World Fair in 1933.

A fascinating selection from a truly unique image collection.