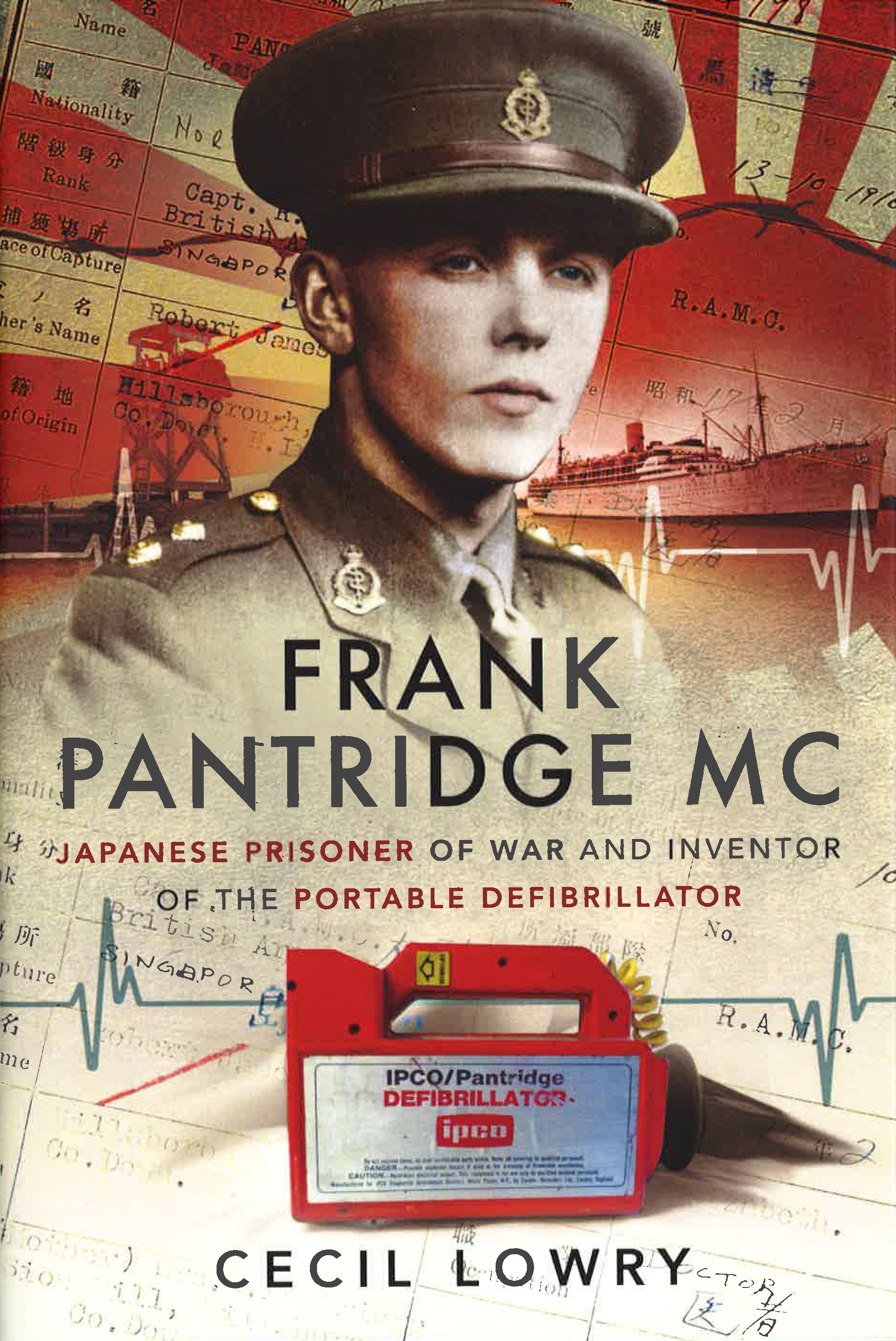 Thousands of men and women around the world have reason to be thankful that Frank Pantridge survived his spell in a Japanese prison camp. On returning to Belfast after the war, he specialised in heart diseases. Convinced that the prompt use of electric shock after cardiac arrest could save lives, his first portable defibrillator was in use by 1965.

Countless thousands of men and women around the world have good reason to be thankful that Frank Partridge survived three and a half years of brutal Japanese captivity. Had he not, they too would in all probability have died too.

Taken prisoner at the fall of Singapore in February 1942 Frank was forced to endure appalling deprivation. Conditions on the Burma railway were notorious, and the death rate was horrendous.

On returning to Belfast in late 1945 Frank specialised in heart diseases. Convinced that the prompt application of electric shock after cardiac arrest could save lives he reasoned that ventricular defibrillation should be applied not just in hospitals but in the workplace, the home, the street or ambulance. His first portable' defibrillator was produced in 1965 and over the intervening years evolved into the compact units so prevalent today. The importance of Partridge's invention was well demonstrated when US President Lyndon B Johnston's life was saved in 1972.

This stirring biography reveals the full story of a remarkable man who survived against the odds to save countless lives.