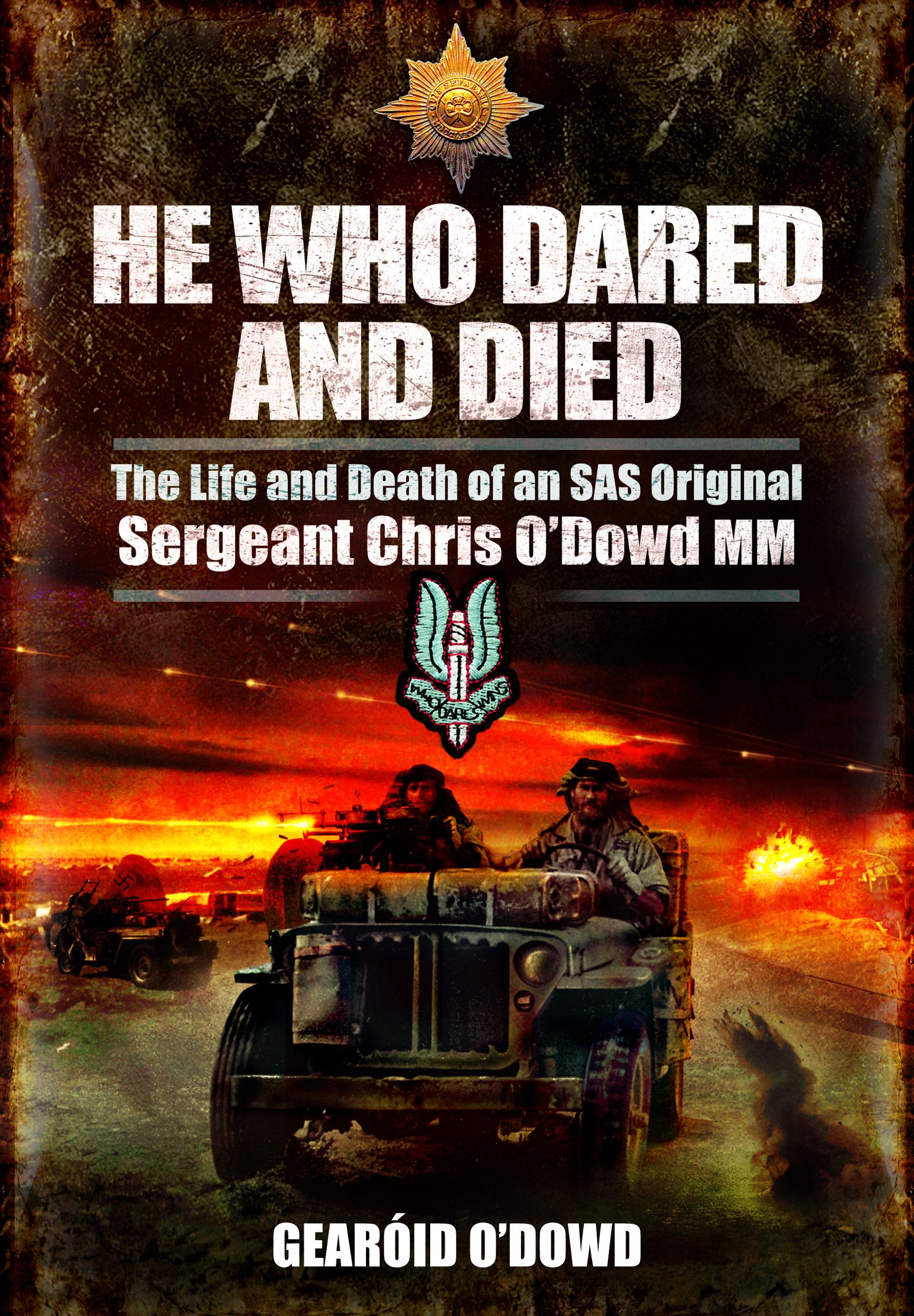 He Who Dared and Died

He Who Dared and Died is the action-packed account of a young Irish hero who selflessly risked and gave his life serving with elite Special Forces in the Second World War. Brought up in poverty in the West of Ireland, Chris O’Dowd ran away to join the Irish Guards aged 18. In no time he tasted bitter action in Norway but, hungry for more, he volunteered for the newly formed Commandos. After intensive training he sailed for Egypt, serving with Churchill’s son Randolph, novelist Evelyn Waugh, George Jellicoe and, most significantly, David Stirling.

When Stirling got the go-ahead to form the SAS, his handpicked team included the young Chris O’Dowd. After his outstanding performance on the early SAS behind-thelines raids on enemy airfields, O’Dowd was awarded the Military Medal and promoted to Lance-Sergeant.

When Colonel David Stirling was captured, the SAS’s future was in danger (it was always threatened by enemies within the Army) but Ulsterman Major Paddy Mayne managed to keep it alive. O’Dowd’s courage and toughness typified the spirit of the SAS and he became a key member of this elite band along with legends such as Mayne, Jock Lewes and ‘Gentleman’ Jim Almonds.

The SAS spearheaded the invasion of Sicily in July 1943 and then was ordered to the Italian mainland. Tragically Chris O’Dowd was killed in action along with fourteen others in October 1943. This book is a fitting memorial to a courageous soldier whose example has inspired, and been emulated by, successive generations of SAS elite.