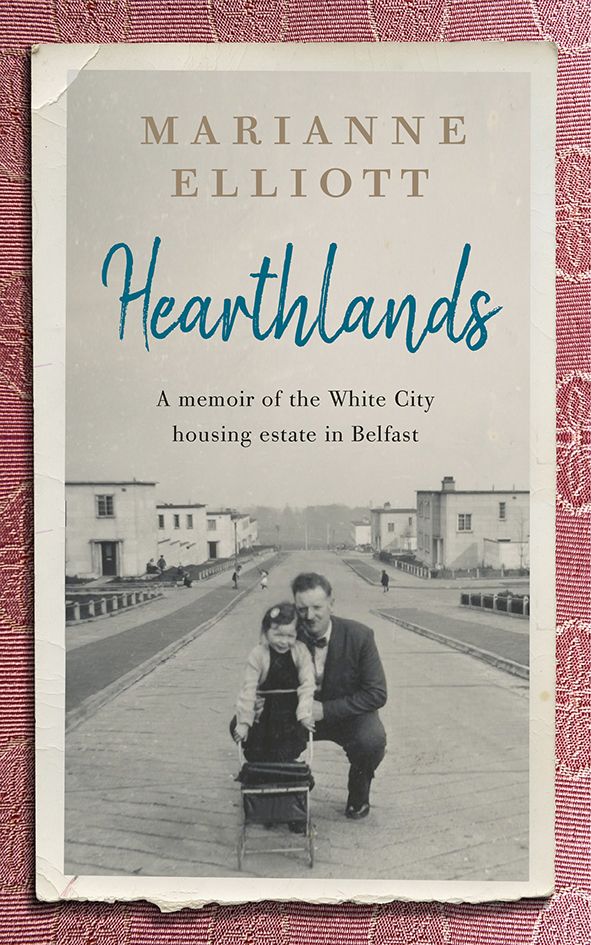 Part memoir, part historical research, this book tells the story of the White City, an overlooked and under-documented time in Belfast’s history. The story of a pre-Troubles Belfast in which Catholics and Protestants lived side by side.

In 1949, when Marianne Elliott was just a baby, her parents moved into the White City, one of the first mixed-religion estates to be built in Belfast after the war. They were among the first tenants and they lived there until 1963.

In this vivid and compelling new book – part memoir, part social history – Marianne Elliot tells the story of the estate where she grew up: of how it came to be built, of what it promised, of the people who lived there and of what happened to it.

The story is, of course, deeply personal, but Elliott uses it to paint a rich and fascinating portrait of 1950s Belfast, a close-knit city recovering from the ravages of war and still in the throes of austerity but optimistic for the future.

Drawing on her own memories and those of family, friends and former neighbours, and based on extensive historical research and interviews with current and former residents, this book tells the story of an overlooked and under-documented time in Belfast’s history, the story of a pre-Troubles Belfast in which Catholics and Protestants lived side by side.