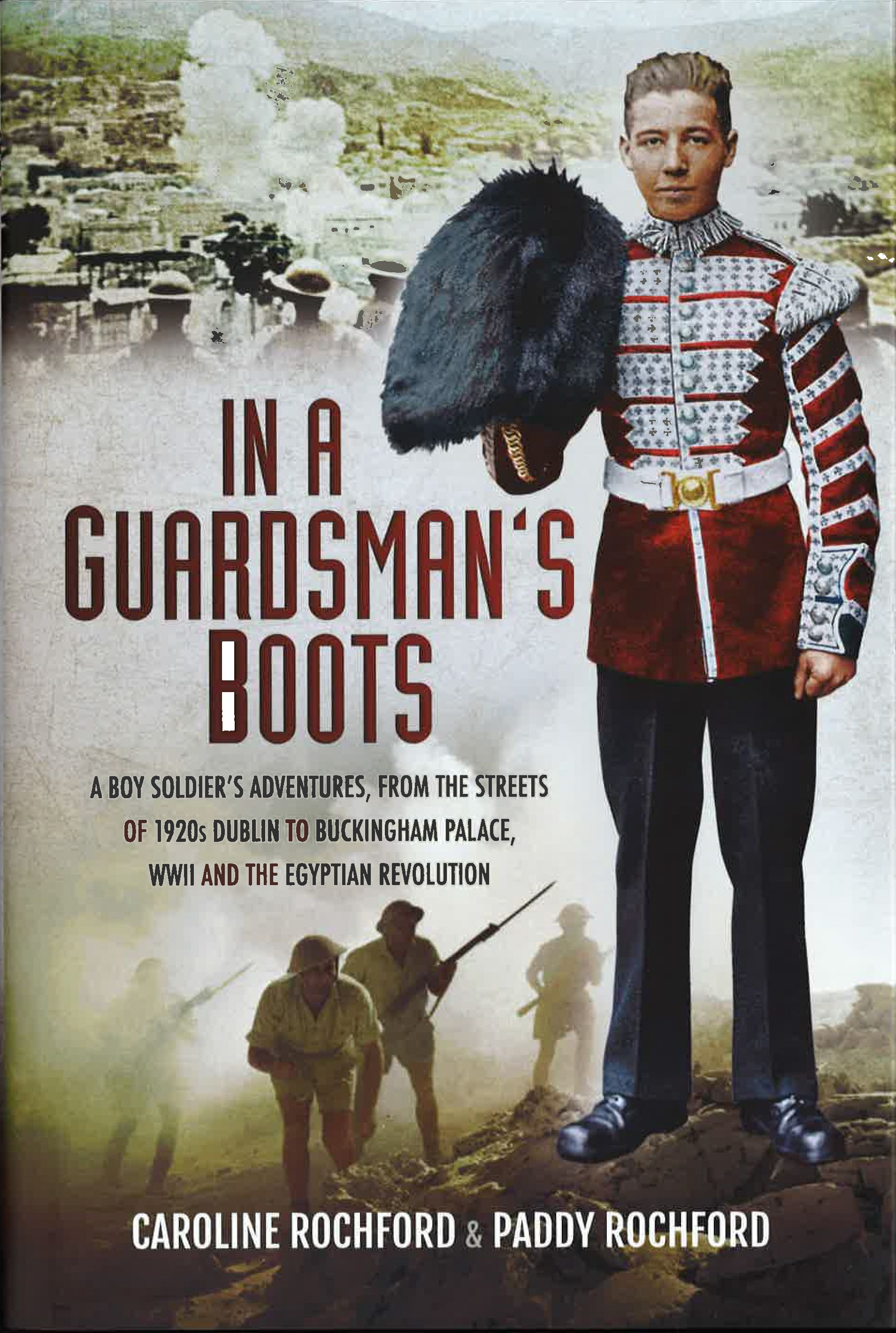 The story of the barefoot boy from Dublin who almost thwarted the Egyptian Revolution of 1952. When he was just eight years old, Paddy Rochford enrolled at Dublin’s Royal Hibernian Military School and went on to spend a lifetime growing into his boots.

When he was just eight years old, Paddy Rochford enrolled at Dublin’s Royal Hibernian Military School, where he was taught how to be a soldier with the British Army, like his father. Soon afterwards, in 1922, he and his fellow pupils were evacuated from Ireland, a land torn apart by civil war.

Across the sea in England, Paddy joined the Third Battalion of the Coldstream Guards as a drummer boy, with postings to Windsor Castle, Buckingham Palace, the Bank of England and the Tower of London, where he guarded the Royal Family and Britain’s treasures. In the 1930s, as thousands of Jewish families fled Nazi Germany, Paddy was sent to Jerusalem, charged with keeping the peace between the local Arabs and the Jewish immigrants.

During the Second World War, he was part of the Western Desert Campaign in Egypt, defending British territories. After countless wartime adventures, the young sergeant went on to train the Egyptian Army, where a bond of friendship grew between him and the future president, Colonel Nasser. Learning Nasser’s plans to oust the British from Egypt, Paddy tried in vain to warn his superiors prior to the bloody revolution of 1952, which signalled the end of British supremacy in the Middle East.

Paddy retired from the army soon afterwards, moving his young family to Yorkshire, where he began writing these, his enthralling memoirs about a young boy who spent a lifetime growing into his boots.