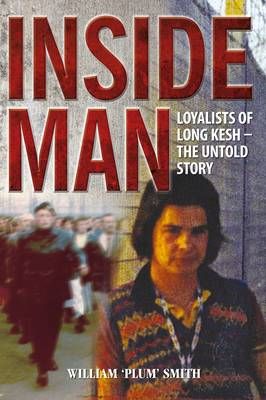 Plum Smith tells his story of Long Kesh prison during the Troubles. There is day to day drama, tragedy and humour as well as Internment, escape plots, riots and the burning of the camp. Drawing on interviews and previously unseen documents, he explains how the Loyalists were politicised and educated, learned to talk to 'the enemy' and secure peace.

"My name is William 'Plum' Smith. I was born and bred on Belfast's Shankill Road, on its streets of red, white and blue, and in a community that was Protestant, Unionist and Loyalist - 1972 was the year of the headline 'Bloody Days'; the worst phase of the Troubles in Northern Ireland - dark days and nights that shaped and changed so many of our lives. I was just 18, a member of the Red Hand Commando and in jail." From war to peace, this is the inside story by one of the inside men. Never before told from the Loyalist perspective, Plum Smith shares his story of life within Long Kesh prison during the Troubles. He reveals many tales of drama, tragedy and humour in the everyday existence within the 'compounds' (the routine and discipline, the struggles with prison authorities, and the pastimes and education) and describes the major events of the period firsthand (Internment, the escape attempts, the riots and the burning of the camp). Drawing on his own experience, interviews and previously unseen historical documents, he explains how loyalists were politicised and educated, learned to speak and negotiate with 'the enemy', and eventually brought about peace.