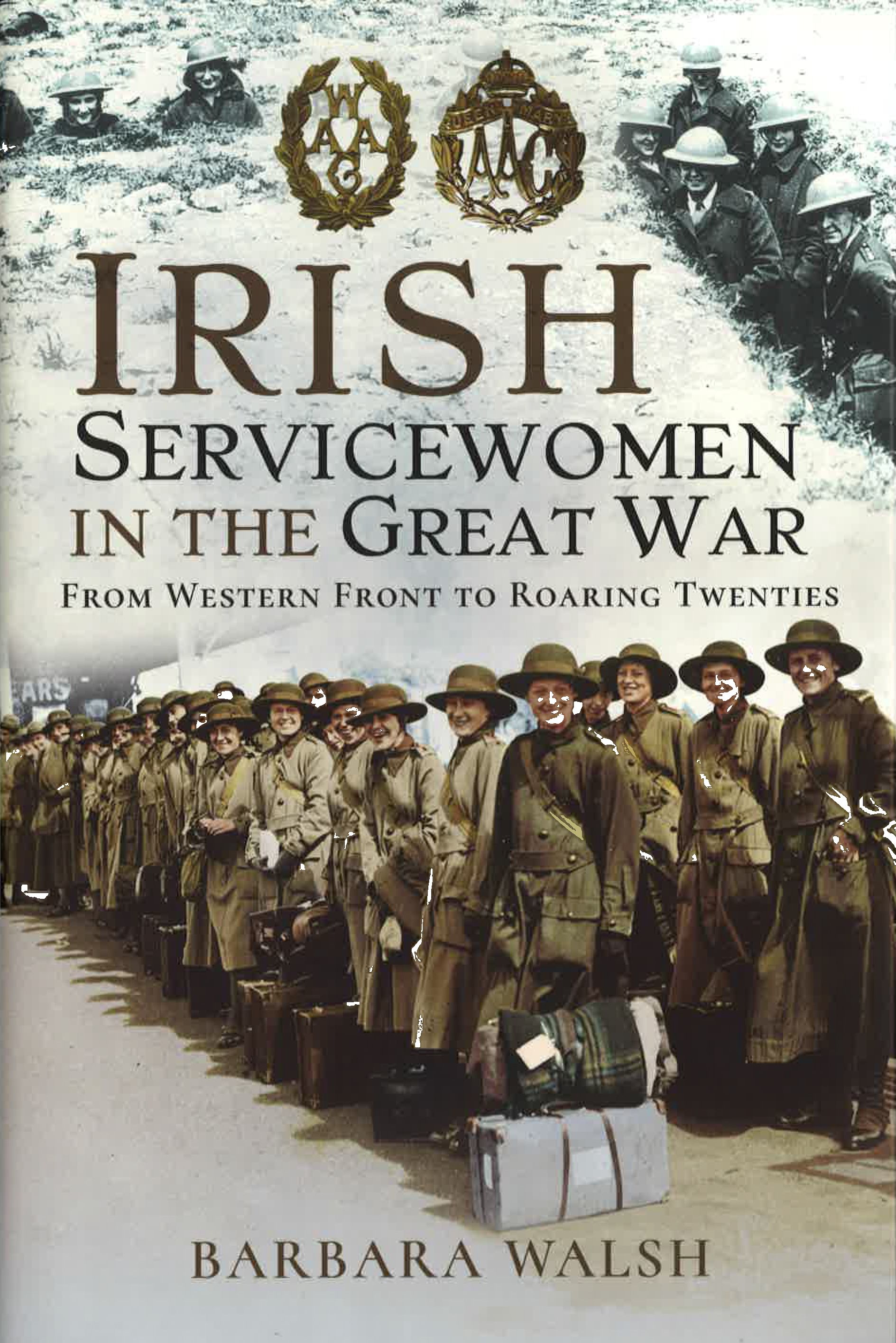 Irish Servicewomen in the Great War

The story of the Irish women who responded to the call for volunteers on the Western Front in 1917. This is the history of those women who joined the Women's Army Auxiliary Corps from every class, creed, family background and ability.

When the call went out in 1917 for volunteers willing to serve both at home and on the Western Front in a newly founded Women's Army Auxiliary Corps, young women from every province of Ireland responded just as eagerly as those from homes in Scotland, England and Wales.

Drawn from every class, creed, family background and ability, the girls who came forward to join the WAAC from Ireland had often suffered equal heartbreak over the loss of husbands, brothers and friends killed or wounded in France. Yet, their willingness to help bring about an end to the slaughter was a narrative that became ignored in popularised versions of that politically volatile era and it is hoped that this study will now go some way to restore a rightful recognition of their army service days within the historiography of twentieth-century Irishwomen.

Their work as office workers, cooks and caterers, motor transport drivers, cryptanalysis and hi-tech telecommunication personnel are examined. Close investigation is made of the Irishwomen seconded to the Royal Engineers from branches of the General Post Office in Ireland and elsewhere. Attached to Signal units, they became key players in ensuring the Western Front's crucial, high-security army Lines of Communication remained viable.

The story of these Irish servicewomen in the Great War winds up within the interwar period that followed. Had often dangerous war experiences affected these women's postwar life-changing decisions and aspirations? Compare/contrast experiences in the postwar era are cited. There were new careers, migration, home and family life. How many had foreseen that twenty years hence, Irish women veterans' of the Great War would once more rally at a time of fresh crisis?