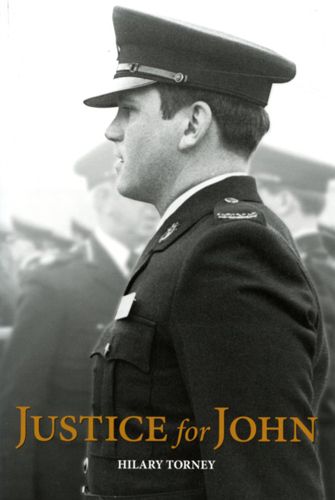 Monday 20th September 2010 will be 16 years to the day since members of the emergency services were called out to the family home of serving RUC officer John Torney in Cookstown. John's wife and two children were found dead from bullet wounds. The story made headline news around the world. John was subsequently charged and convicted of their murders via an investigation and trial which Hilary seeks to prove were fundamentally flawed.

From that date to this, the campaign to clear John's name has been tirelessly pursued by his brother Sandy and sister-in-law Hilary, whose personal story this is. From first waking to the news on breakfast television, through years of harrowing investigation and John's death of a heart attack in Maghaberry Prison in 2005, to today's campaigning for a judicial review, Hilary's single minded mission has been to get to the truth and ensure justice is done.

The campaign has propelled Hilary into the spotlight, gained cross party support and receives ongoing TV and Newspaper coverage both locally and worldwide.