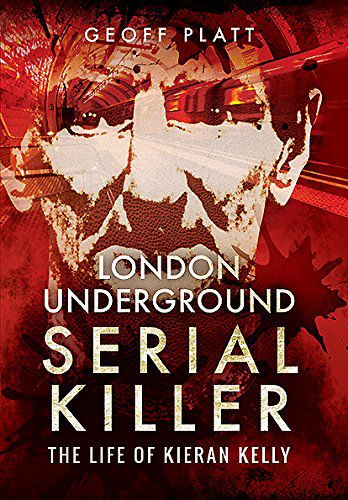 The full story of the life and times of Dubliner Kieran Patrick Kelly, the London Underground Serial Killer, who wandered up and down the Northern Line pushing people that he had never met under trains, and who finished up killing over thirty people.

The book provides a full biography of Kelly, discussing the details of his crimes, his victims and his ability to evade justice; he managed to secure mistrials or acquittals 25 times before being eventually convicted and sentenced. He died in Durham prison in 2001.

It could be argued that Kelly is the most investigated serial killer in history. His murders were investigated as they occurred between 1953 and 1983; they were re-investigated in 1983 and again in 2015. The author of this book played major roles in the two latter enquiries, conducting the entire enquiry in 1983 and acting as a consultant to the 2015 enquiry.

He was arrested before he had finished killing, then murdered his cellmate in the police station and was interviewed by the author ten minutes after this final murder, before spending the next two years discussing his crimes and his motivations with the author.

The end result is a truly unique insight into the mind of a serial killer.