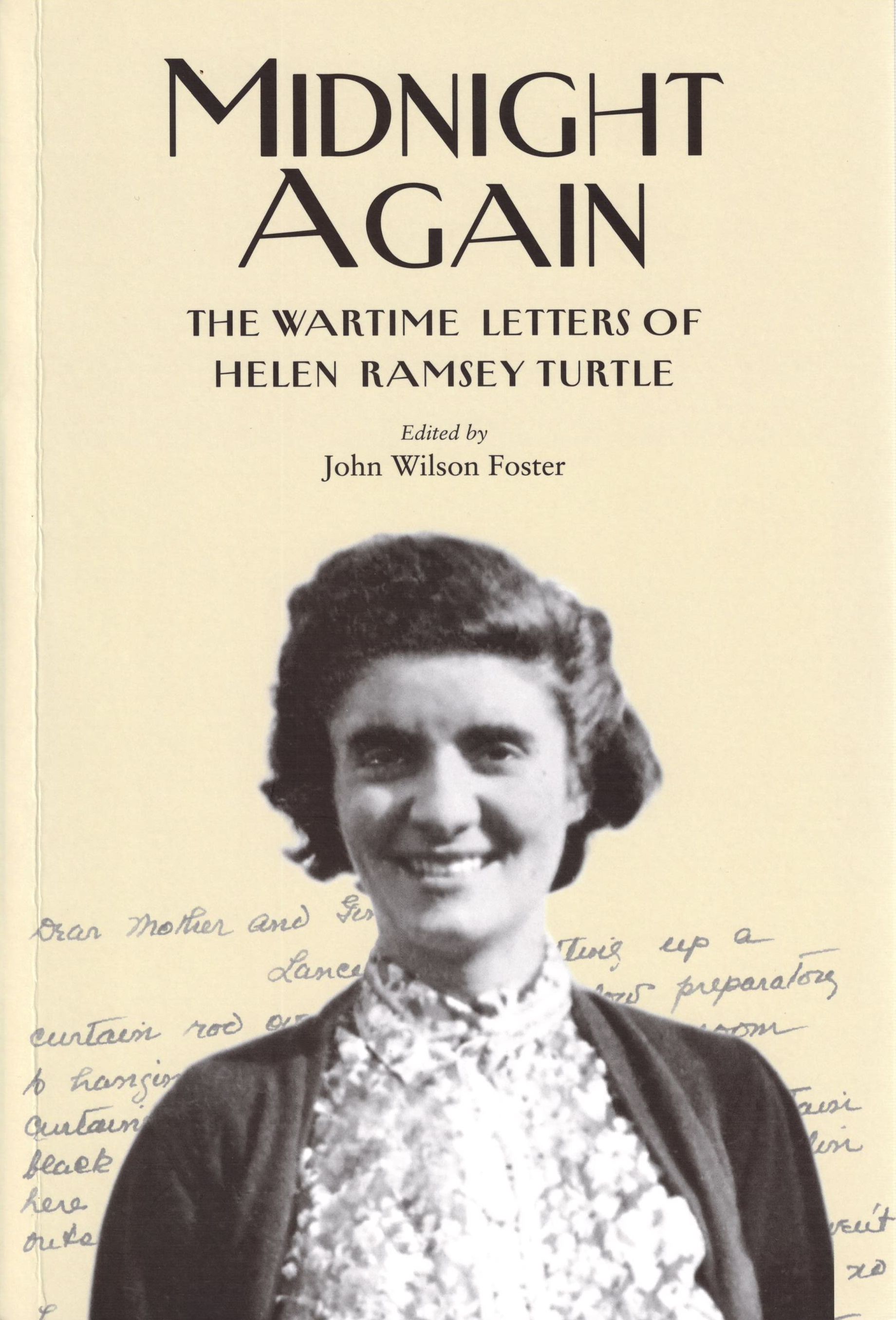 This collection of letters from Helen Ramsey Turtle to family in Colorado during WWII is edited by John Wilson Foster and brings to life a Northern Ireland rarely depicted. A liberal pacifist, she was converted to the cause and overjoyed when American troops arrived. Her letters preserve the thoughts and feelings of a remarkable personality.

'a momentous book, a truly significant recovered voice from the 1930s and 1940s'
Gerald Dawe, Dublin Review of Books

'Midnight Again' is a selection of the alert and animated letters that Helen Ramsey Turtle wrote back to her family in Denver, Colorado from Northern Ireland during the Second World War, edited by John Wilson Foster.

The letters home kept her American family abreast of her domestic life in Belfast and on Mahee Island, Strangford Lough where she lived with her husband, the naturalist and stockbroker, Lancelot Turtle, and young daughters. And abreast, too, of the conduct of the war on the home front as well as the European front: its impact on everyday life through blackout, rationing, travel restrictions and the departure of friends' fathers, sons and siblings to the war.

An American liberal pacifist, she was converted to the cause of the war and hoped her country would join the war against Hitler's Germany. Being unable to travel to her native land, she was overjoyed when the first American troops to arrive in the United Kingdom landed in Northern Ireland and brought with them energy, hope and colour. All the while an avid reader, picture, theatre and concert goer, and convivial hostess, Helen Turtle brings to life in her letters a Northern Irish culture rarely depicted.

Her early death in 1946 deprived family and friends of a spirited presence, but her letters remain to preserve the thoughts, observations and feelings of a remarkable personality.