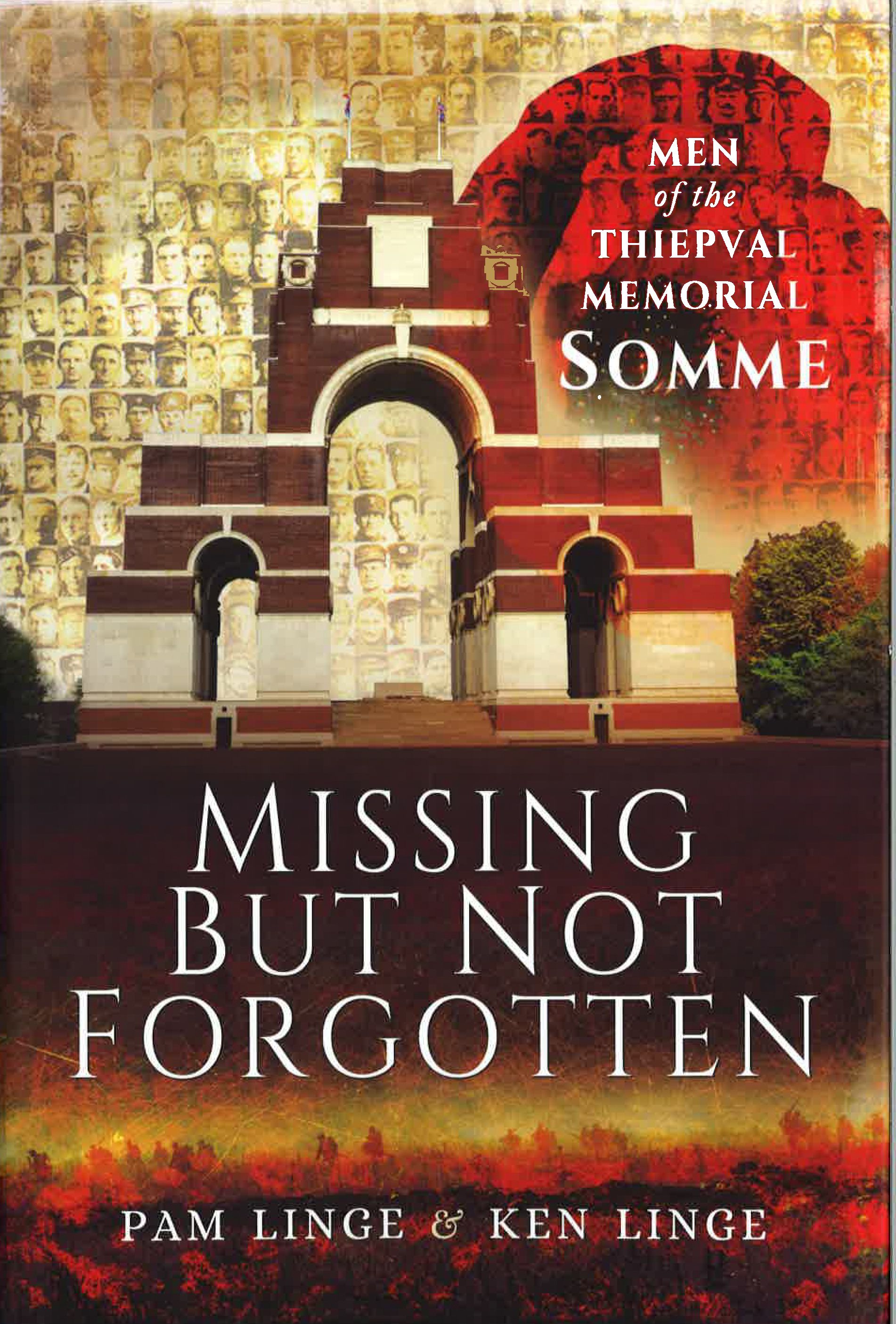 Missing but not Forgotten

The Thiepval Memorial commemorates over 72,000 men who have no known grave; all went missing in the Somme sector during the three years of conflict that finally ended on 20 March 1918.

The book is not a military history of the Battle of the Somme, it is about personal remembrance, and features over 200 fascinating stories of the men who fought and died and whose final resting places have not been identified. Countries within the UK are all well represented, as are the men whose roots were in the far-flung reaches of the Empire and even ‘foreigners’. The stories that lie behind each of the names carved into the memorial’s panels illustrate the various backgrounds and differing lives of these men. The diverse social mix of the men – young and old, ‘gentry’ to ‘labourers’, actors, artists, clergy, poets, sportsmen, writers, and more – is something that stands out in the book. Despite their social differences, what is most apparent is the wide impact of the loss for over fifty widows, around 100 children left fatherless and over thirty families mourning more than one son. Ranks from private to lieutenant colonel are expertly covered, as well as all seven winners of the VC.

These captivating stories stand as remembrance for each man and to all the others on the memorial. They are meticulously organized so the book can be of use to visitors as they walk around the memorial; as a name is viewed, the story behind that name can be read.