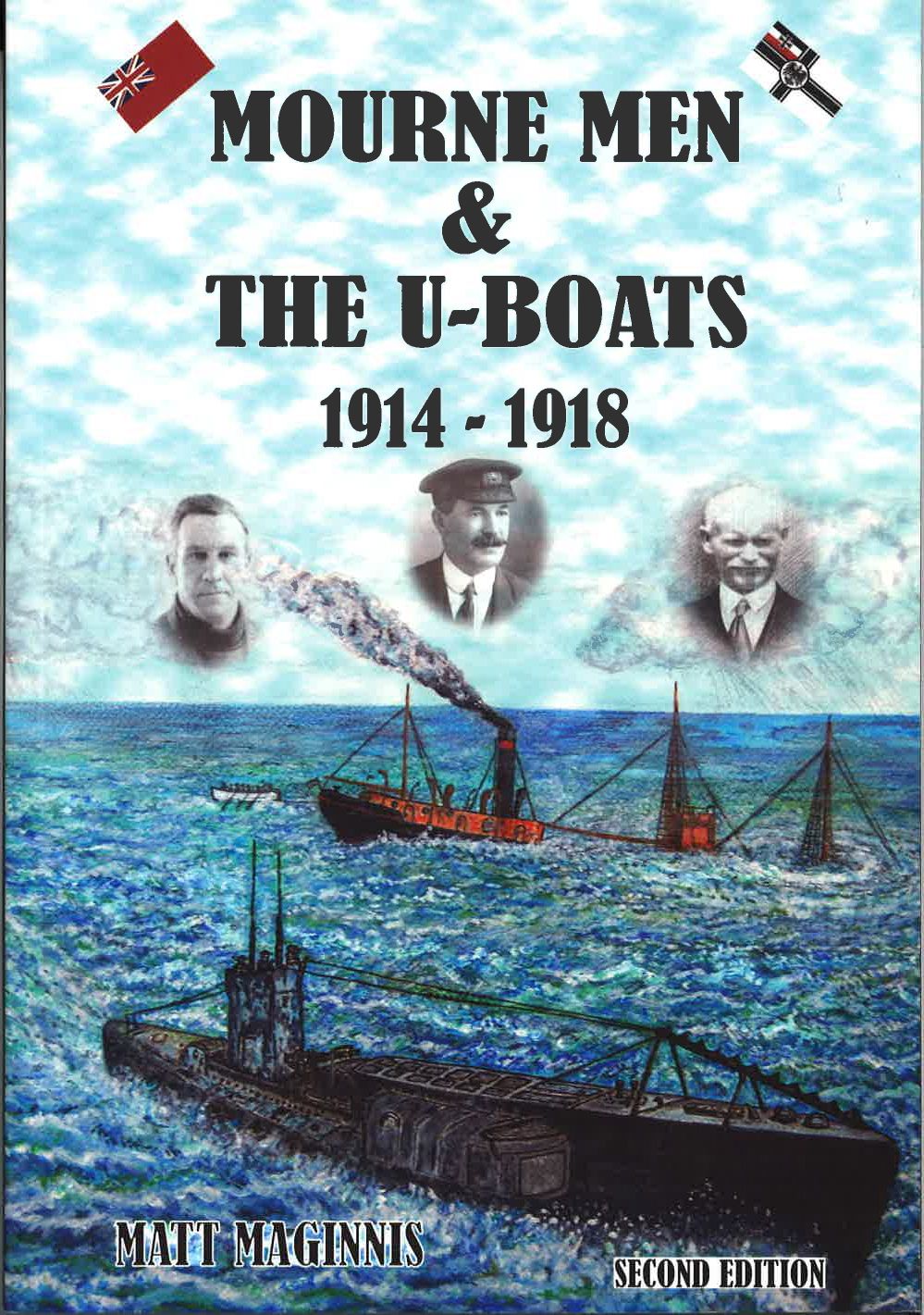 A tribute to the men of Mourne who showed great courage and tenacity when confronted by a new type of warfare. This new edition, fully illustrated and including new chapters on Capt. John McBride and Dr Samuel Ferguson Floyd, will appeal to those interested in family and maritime history.

Matt Maginnis from Kilkeel, Co. Down has produced a 2nd Edition of his book about Mourne Merchant Seamen and Fishermen during the First World War. The book is still about Mourne Men who had close encounters with German U-Boats and it has been expanded with new chapters and additional information supplied by Mourne families. There is a new chapter on Captain John McBride from the Harbour Road, Kilkeel recounting his lifetime on steamers and his experience on the SS WHEATFLOWER in 1918. To broaden the appeal of the book, Matt has included a new chapter on Dr. Samuel Ferguson Floyd from Kilkeel who joined the R.A.M.C. in 1916, after his son was killed when on patrol with the Royal Flying Corps. Dr. Floyd served on a HOSPITAL SHIP which was torpedoed in the English Channel.

Special reference is made to the sinking of the SS KILCOAN from Larne, the SS DOWNSHIRE from Dundrum, the EDITH and EARNEST schooners from Kilkeel, the County Down fishing boats, and the SS DUNDALK from Dundalk.

Members of seafaring families such as Maginnis, Connor, Doyle, Ferguson, McBride, McKee, O’Neill, Kerr and McKibbin are featured along with many others on the crew lists. Details of Dr. Floyd’s family are also included along with the attack on the SS GLOUCESTER CASTLE.

His book is a tribute to these men who showed great courage and tenacity when confronted by a new type of warfare. This new 272-page version is fully illustrated and will appeal to those interested in family and maritime history.