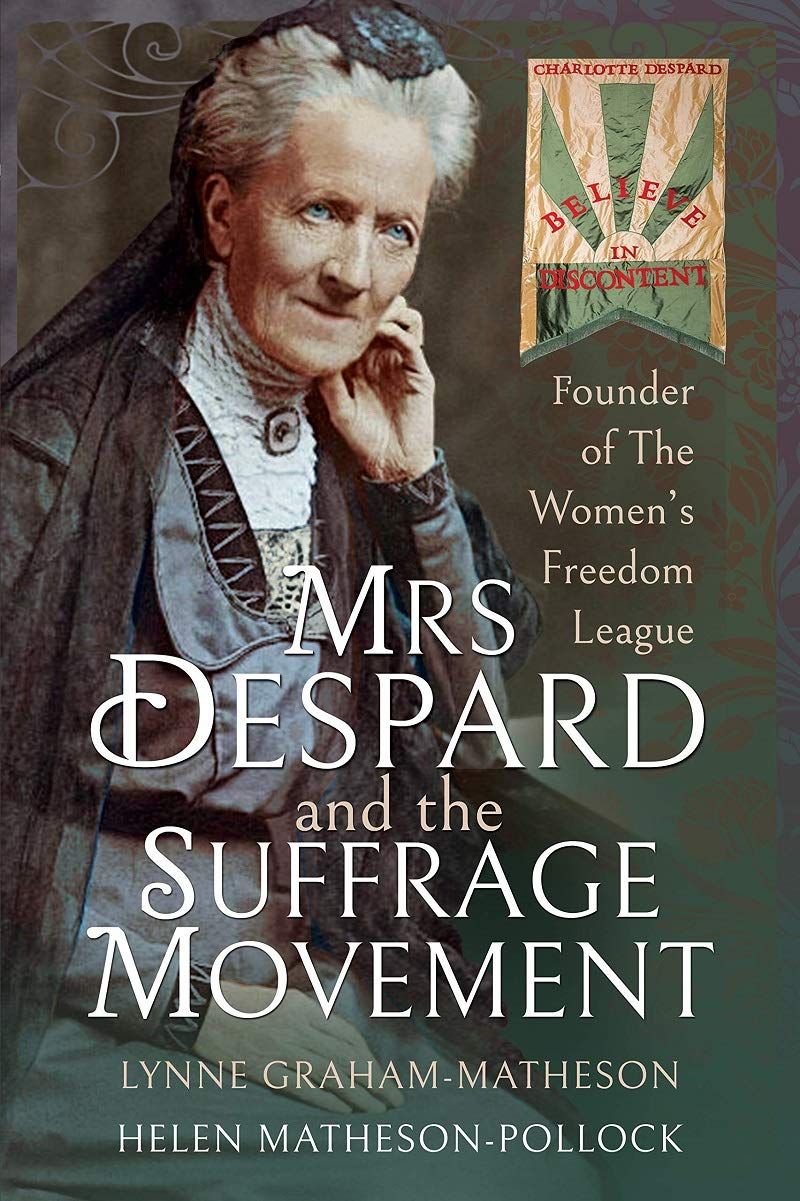 Mrs Despard and the Suffrage Movement

Charlotte Despard, social reformer and suffragette, was always known as Mrs Despard, never Charlotte. Her name should be synonymous with those of Emmeline Pankhurst and Millicent Fawcett. Instead, she remains overlooked. After the death of her husband she returned to her Dublin roots to support the fight for Irish home rule and ran for Parliament.

Charlotte Despard, social reformer and suffragette, was always known as Mrs Despard, never Charlotte. Her name should be synonymous with those of Emmeline Pankhurst and Millicent Fawcett. Instead, she remains overlooked.

Born in 1844, Charlotte’s childhood was difficult: she found solace in great literature, identifying with Milton and the romantic words of Shelley. She married Maximillian Despard and had the opportunity to explore the world and try her hand at a career as a novelist.

Widowed in her early 40s, her money and status allowed her to live a life of surprising freedom for a woman of her time. Charlotte devoted her life to improving the lot of the poor and moved to live among them in the London slums. She fought for better and fairer living/working conditions for all, supporting adult suffrage before becoming heavily involved in the fight for votes for women. She joined Emmeline Pankhurst’s Women’s Social and Political Union and when that organisation split in 1907 co-founded the Women’s Freedom League, becoming its first, much loved, president. She also served as editor and major contributor to its newspaper, The Vote.

When suffrage activities were largely suspended after the outbreak of WW1 in 1914, she returned to her Irish roots and moved to Dublin to support the fight for Irish home rule. After some women were enfranchised in 1918 she tried to capitalise on the upturn for women’s political freedom by (unsuccessfully) running for Parliament.

Charlotte’s political and public career ended tragically when she died in Belfast aged 95, penniless and alone, having given all her money to helping those less fortunate. Her quiet legacy continues to be felt to this day in causes supporting the rights of women and children.