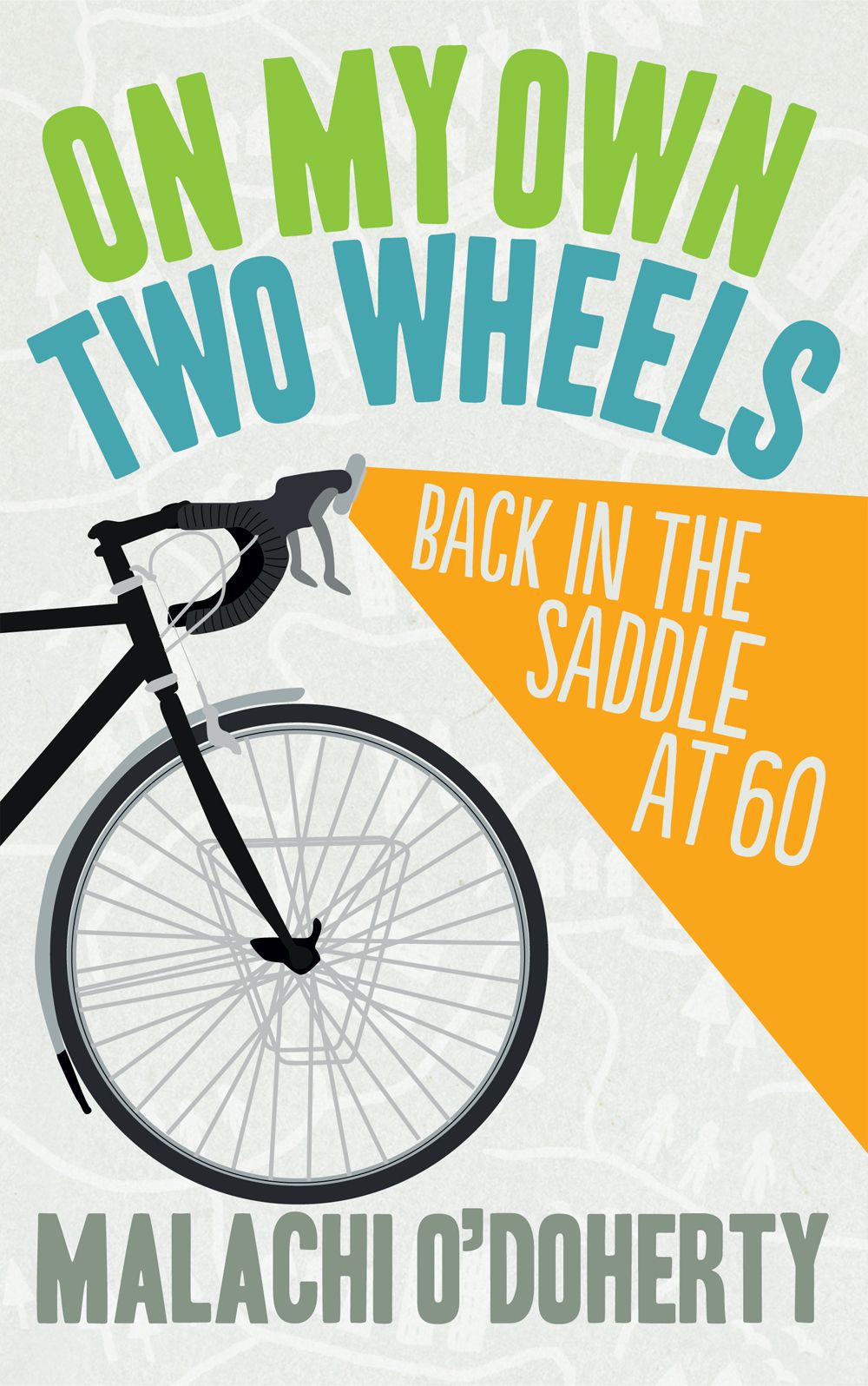 On My Own Two Wheels

In 2008, Belfast writer Malachi O’Doherty discovered he had type 2 diabetes. On My Own Two Wheels charts his journey to health through the joy of cycling. Ideal for anyone 50+ (or of any age) interested in cycling and general health and fitness.

‘And yes, I was a sixty-year-old man who wanted to be young again, and that’s laughable for there is no turning back the years, but I didn’t think it was funny. I wasn’t going to try and win the Tour de France. But I was going to try to do what I had been able to do at thirty, and, what the hell, I was going to be a fitter, trimmer and happier old man at the end of it.’

Four years ago, Donegal-born Belfast-based journalist, broadcaster, and Writer-in-Residence in QUB Malachi O’Doherty shook the cobwebs off the old bicycle parked in his backyard and found that he had grown too fat to ride it comfortably. He got rid of it. But in just a few months, everything changed. Malachi, approaching sixty, found that he had type 2 diabetes.

Follow Malachi on a journey that takes us along the west coast of Ireland and over the drumlins of County Down as he rediscovers cycling – the frets, the struggles, and most of all, the joys. A wonderful read for anyone 50+ – or of any age – with an interest in cycling and general health and fitness.