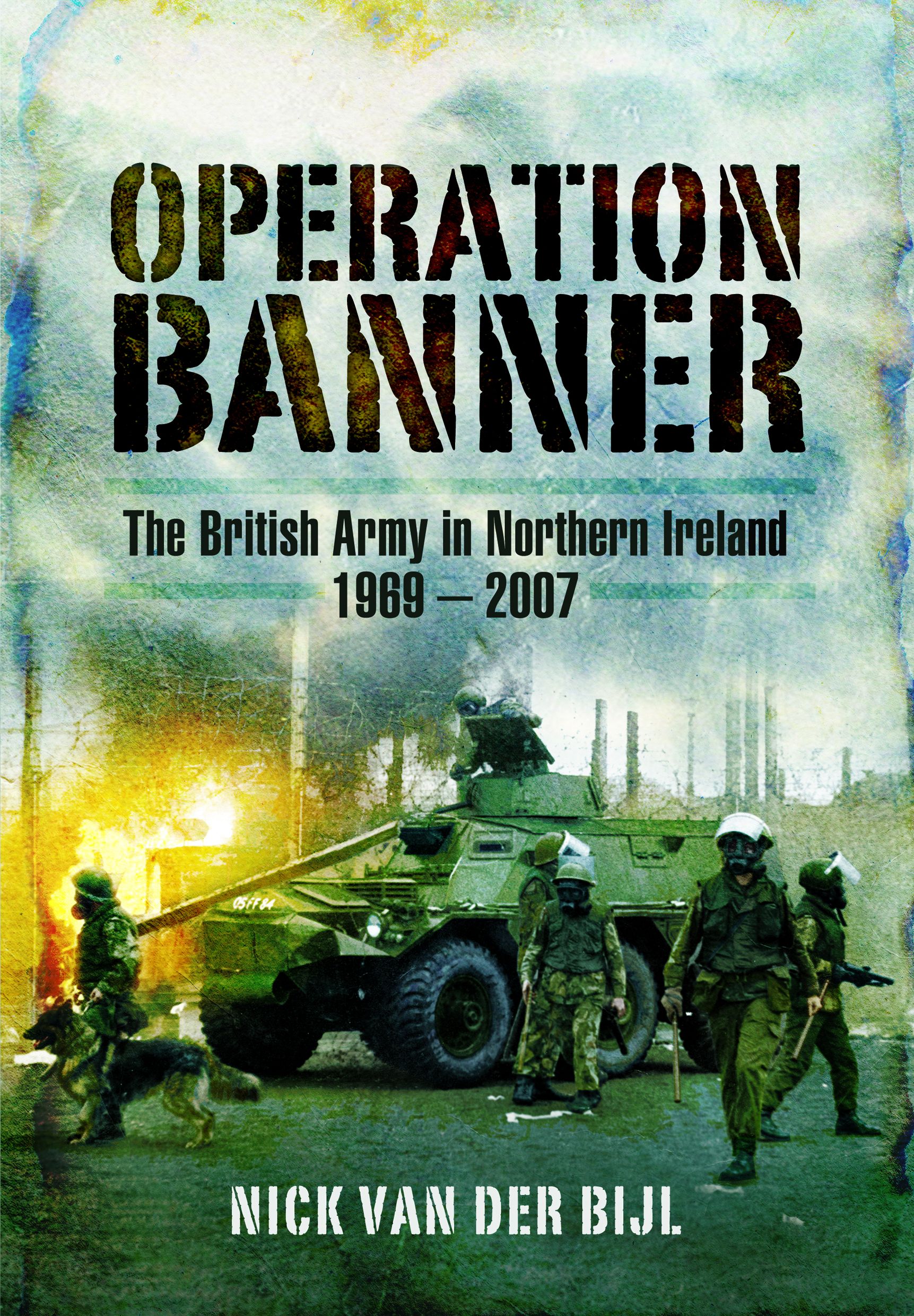 The book opens by setting the historic backdrop to The Troubles.

In summer 1969 the annual Loyalist marching season sparked violence in Londonderry which spread rapidly. After three days of violence the British Government deployed troops in support of the Royal Ulster Constabulary. Initially the Catholic community welcomed the Armys presence but this was to change over the years.

The first soldier was killed in 1971 and a further 48 died that year. January 30 1972 Bloody Sunday galvanised IRA recruitment and the British Embassy was burnt in Dublin. The Official IRA bombed Aldershot HQ of the Parachute Regiment and in August 1972 the Army launched Op MOTORMAN to clear No Go areas. Internment followed and the Province was firmly in the grip of sectarian violence. The next 30 years saw a remorseless counter-terrorist campaign which deeply affected the lives of all the people of Northern Ireland and several generation of the British Army.

The Peace Process ground on for over ten years but the campaign formally ended in 2007 with the establishment of hitherto unimaginable power sharing.