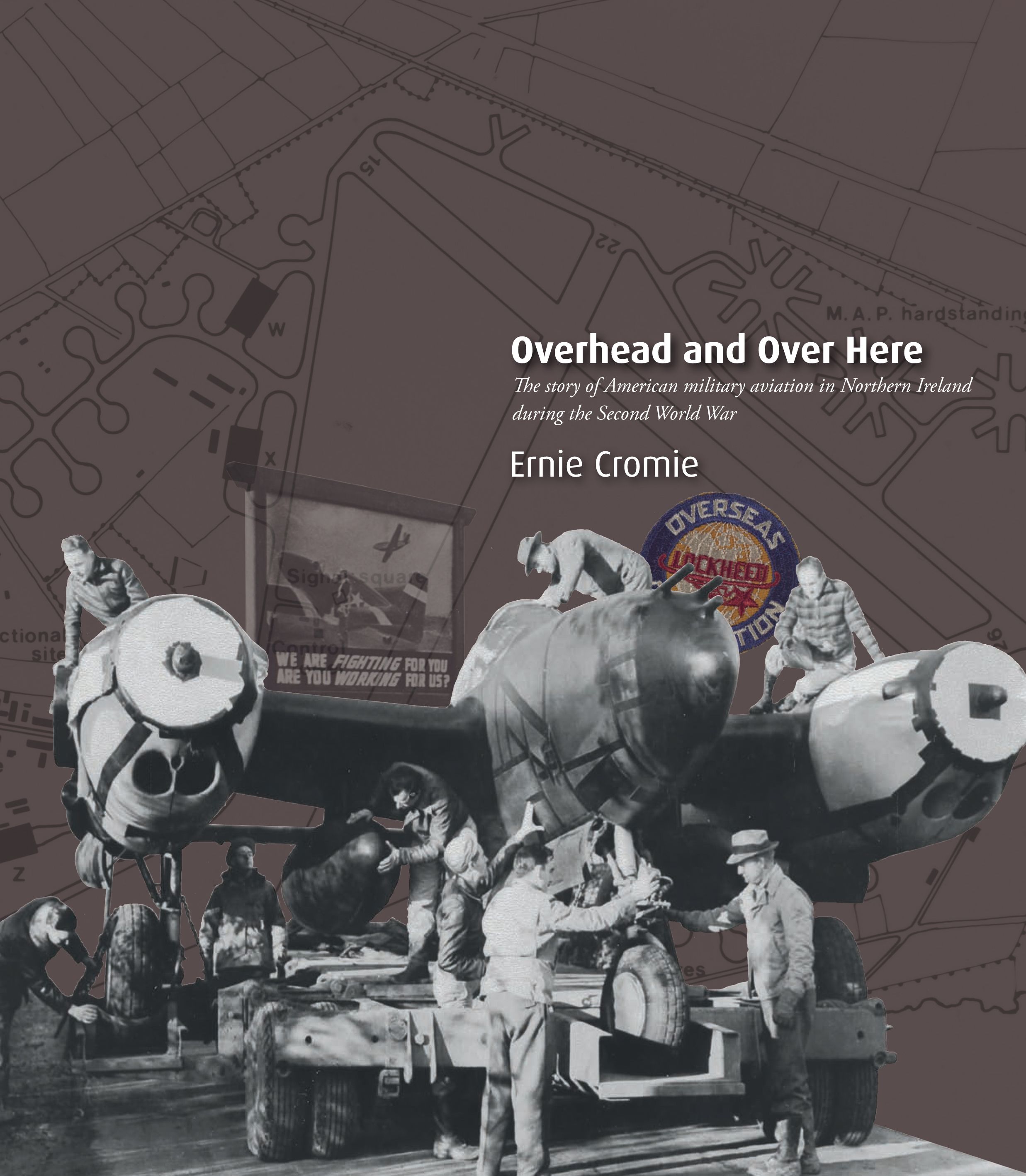 Overhead and Over Here

Overhead and Over Here is a succinct account of American military aviation in Northern Ireland during the Second World War, which was extensive in its scope. In the course of twelve chapters, author Ernie Cromie describes the activities that took place at Langford Lodge and numerous other airfields throughout the country that were used by personnel and aircraft of the United States Army Air Forces, United States Naval Air Service and Lockheed Overseas Corporation. More particularly, these included fighter defence, the training of bomber crews, combat operations against the U-boats, delivery of new aircraft from the USA, how they were modified for service in the United Kingdom and beyond and their subsequent onward delivery from Langford Lodge. Other aspects of the story, which actually began well before the USA officially entered the war, include the socio-economic and cultural impact of the tens of thousands of American personnel, civil as well as military, who were stationed in Northern Ireland during the period concerned.

The final chapter in the book is a poignant reminder of the human cost of war, with reference to the US Military Cemetery at Lisnabreeny, near Belfast, in which 148 servicemen were buried, around half of whom were airmen.