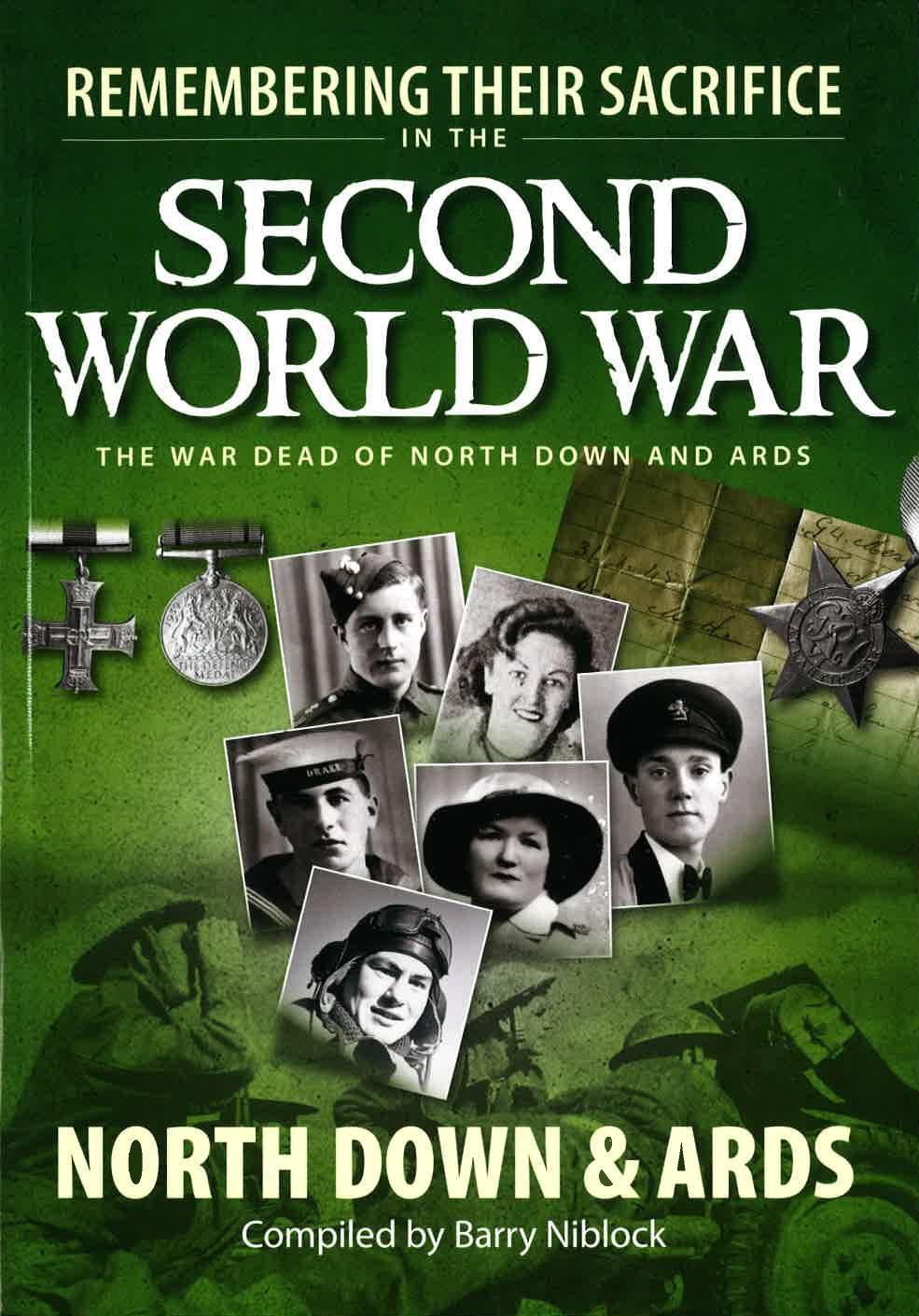 Remembering their Sacrifice in the Second World War

This book remembers the sacrifice of those who died and impact on families. Readers are invited to suggest further names and/or additional information via www.barryniblock.co.uk in accordance with the Commonwealth War Graves Commission assertion that all casualties should be honoured equally ‘without distinction on account of rank, race or creed’.

Cenotaphs and War Memorial Plaques in Churches and other buildings throughout the North Down and Ards area bear lists of names of servicemen, servicewomen, nursing personnel and civilians who lost their lives in the Second World War. In the course of research for this book some additional names have been found. On their own, the names provide a poignant reminder of the large number of people who died. By adding details about their lives, this Book of Honour remembers their personal sacrifice and the impact on their families. In the book there is a great deal more information about some than others and the objective is to add detail where it is currently lacking. Readers are invited to suggest further names and/or provide additional information via the interactive website www.barryniblock.co.uk Such information will be considered for inclusion on the website and in any future edition of this book – in accordance with the Commonwealth War Graves Commission (CWGC) assertion that all casualties should be honoured equally ‘without distinction on account of rank, race or creed’.