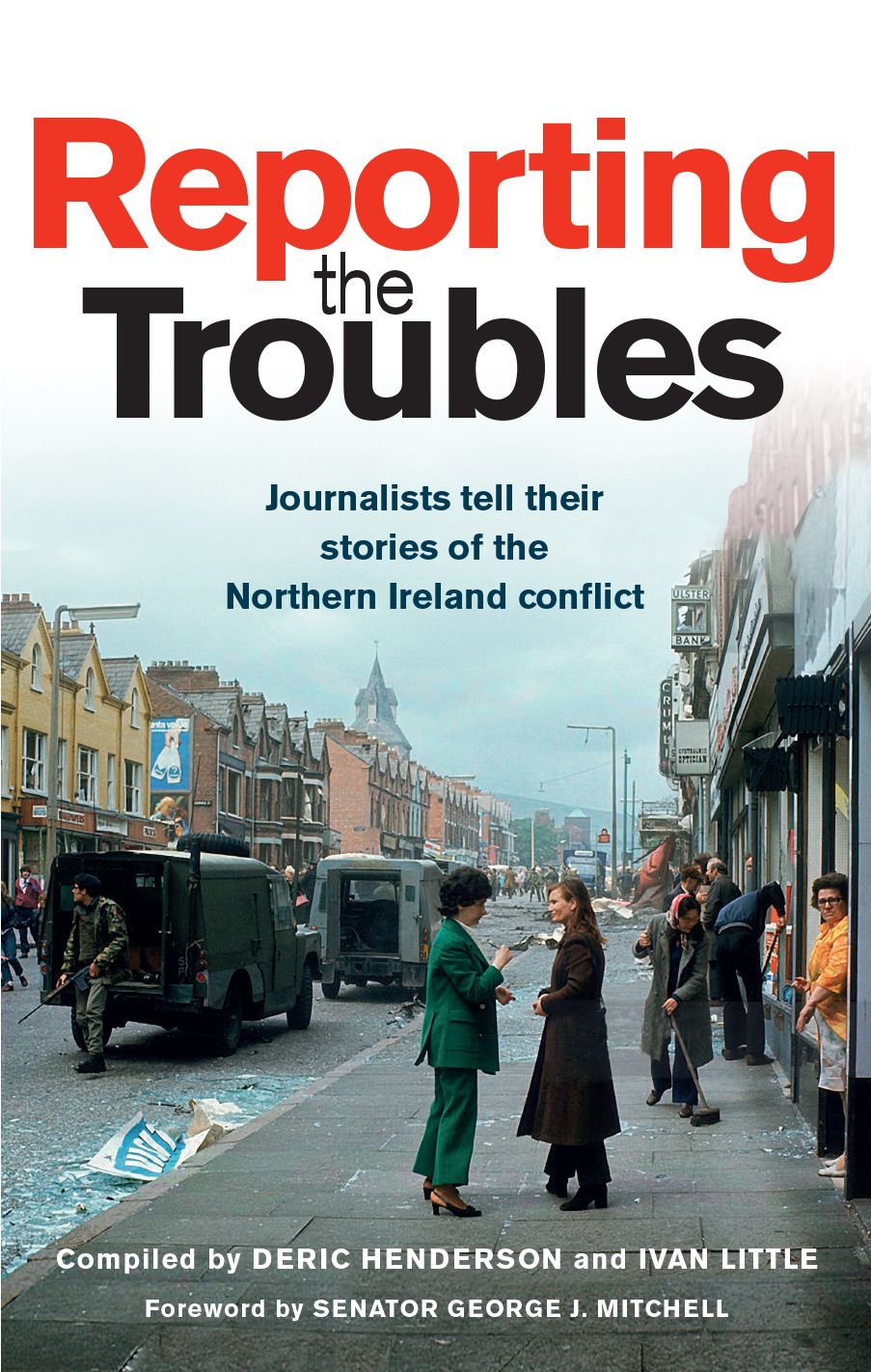 This landmark book is a history of the Troubles told by the journalists who were on the ground from the beginning, and including many of the biggest name in journalism for the last fifty years. Raw, thought provoking and profoundly moving, Reporting the Troubles is an extraordinary act of remembrance.

In some ways, I didn’t – don’t – want to remember any of it. Which is not to say that one ever forgets. I don’t know any journalist who worked through the Troubles, with its relentless cycle of murders and doorstepping the homes of the dead and funerals and yet more murders, who isn’t haunted from time to time by being an eyewitness to evil, to heartache and, yes, to courage too.

The result is a compelling account of one of the most turbulent periods in recent history, told by the journalists who reported on it. Beginning in 1968 with an eyewitness report of the day that civil rights protestors clashed with the police in Derry, the journalists give candid accounts of the years that followed – arriving on the scene of major atrocities; knocking on the doors of bereaved relatives; maintaining objectivity in the face of threats from paramilitaries and pressure from the state; and always the absolute commitment to telling the truth.

This is a landmark book – a history of the Troubles told by the journalists who were on the ground from the beginning and including many of the biggest names in journalism from the last fifty years. Reporting the Troubles is a remarkable act of remembrance that is raw, thought provoking and profoundly moving.