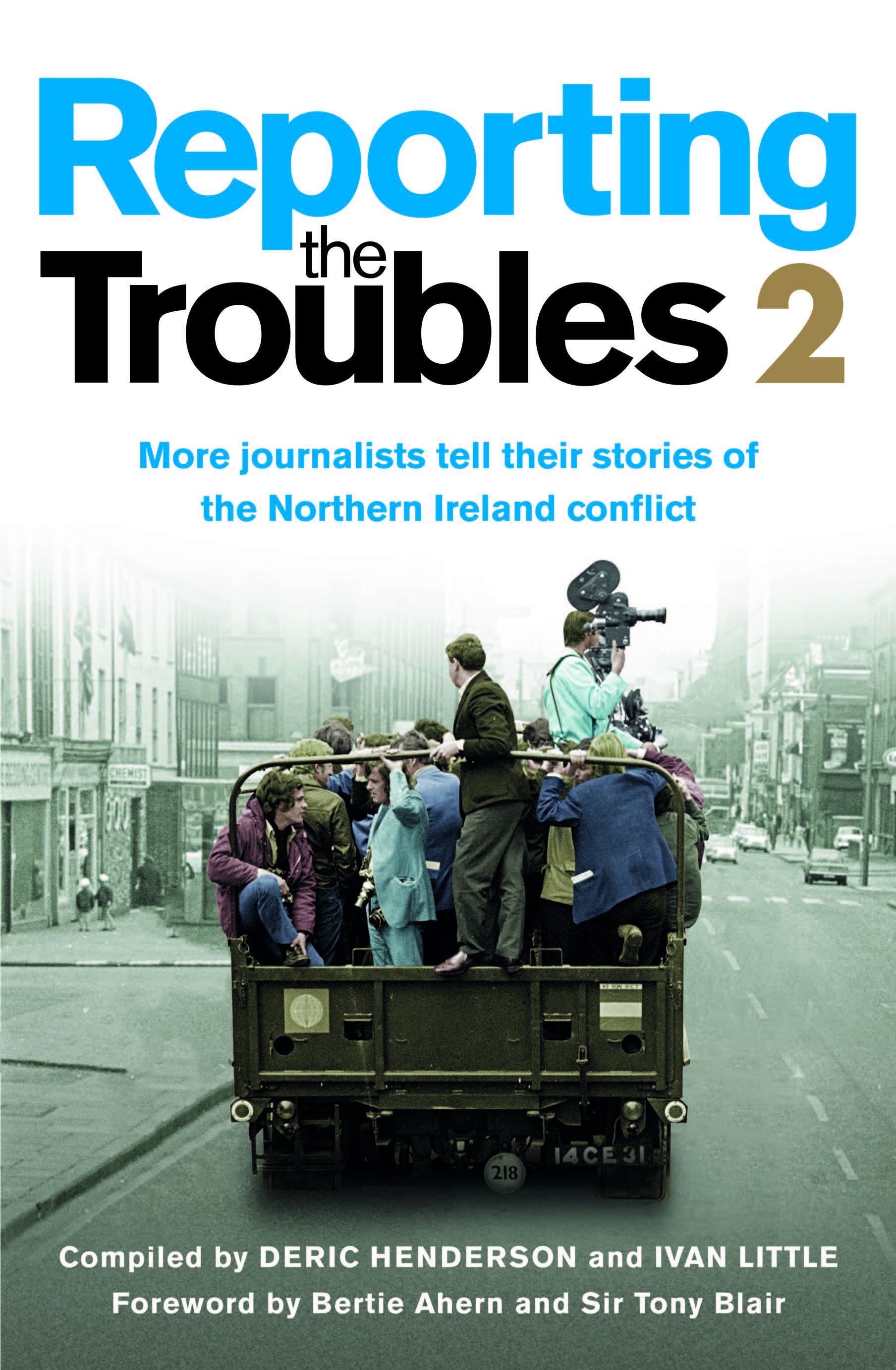 Following the success of the acclaimed 'Reporting the Troubles' (2018), this book brings together new contributions from seventy journalists writing about the events and people they could never forget from their time reporting in Northern Ireland. Foreword by Bertie Ahern and Tony Blair.

In this follow-up to their landmark first book, Deric Henderson and Ivan Little have gathered new stories from seventy journalists who have worked in Northern Ireland during the Troubles. These contributors write powerfully about the victims they have never forgotten, the events that have never left them, and the lasting impact of working through those terrible years.

Reporting the Troubles 2, which includes contributions from a new generation of journalists, who came up in the years leading to the Good Friday Agreement, provides a compelling narrative of the last fifty years, and covers many of the key events in Northern Ireland’s troubled history, from Bloody Sunday in 1972 to the inquest into the Ballymurphy Massacre in 2021.

Grounded in the passionate belief that good journalism and good journalists make a difference, Reporting the Troubles 2 is a profoundly moving act of remembrance and testimony.

'I am sometimes asked to identify the most important story that I dealt with while I was editor of the Irish Times … I answer that the most important story was not published in a single day but over years. And it was not put together by any one journalist but by a whole cohort of reporters, photographers, feature writers and editors … For the most part they just got by-lines and the satisfaction of knowing that what they were doing was important, that the story had to be told, day by day, hour by hour. And that telling it could make a difference. It is difficult to imagine that there could ever have been a peace process without that.’