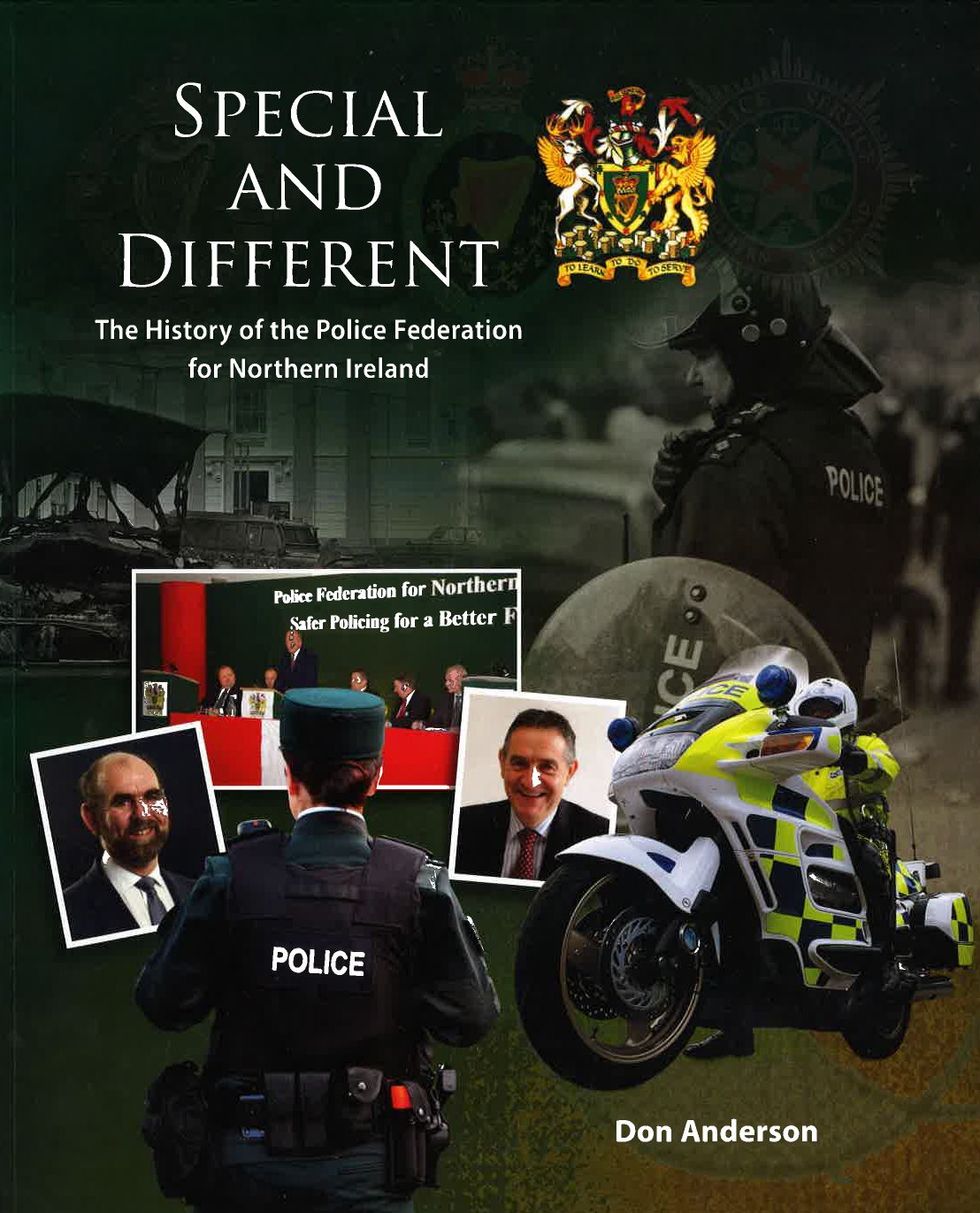 The phrase “special and different circumstances of the RUC” was first used in the terms of reference of Sir Patrick Sheehy when he was invited in 1992 to report on the pay and conditions of UK policing. It follows then that not only was policing more demanding than the rest of the UK because of the relentless and ruthless terrorism campaign but the Federation which represented these officers would also have to draw upon deeper qualities of leadership, courage and resilience than would otherwise be expected from a normal civilian police service.

This book tells the story of a newly created Police Federation for Northern Ireland finding its voice to overcome the inherited military mindset of a post war RUC more comfortable with commanding than managing; how the Federation energetically fulfilled its statutory remit of welfare and efficiency; how it kept its head to become the public face of policing while losing over 300 officers to murder and seeing another 10,000 injured and how it eventually freed itself from the partisan grip of politicians.

For over forty years the Federation has played a constructive role in the transformation of policing into today’s Police Service of Northern Ireland, a service securely founded on the back of the sacrifice and commitment of the Royal Ulster Constabulary George Cross.