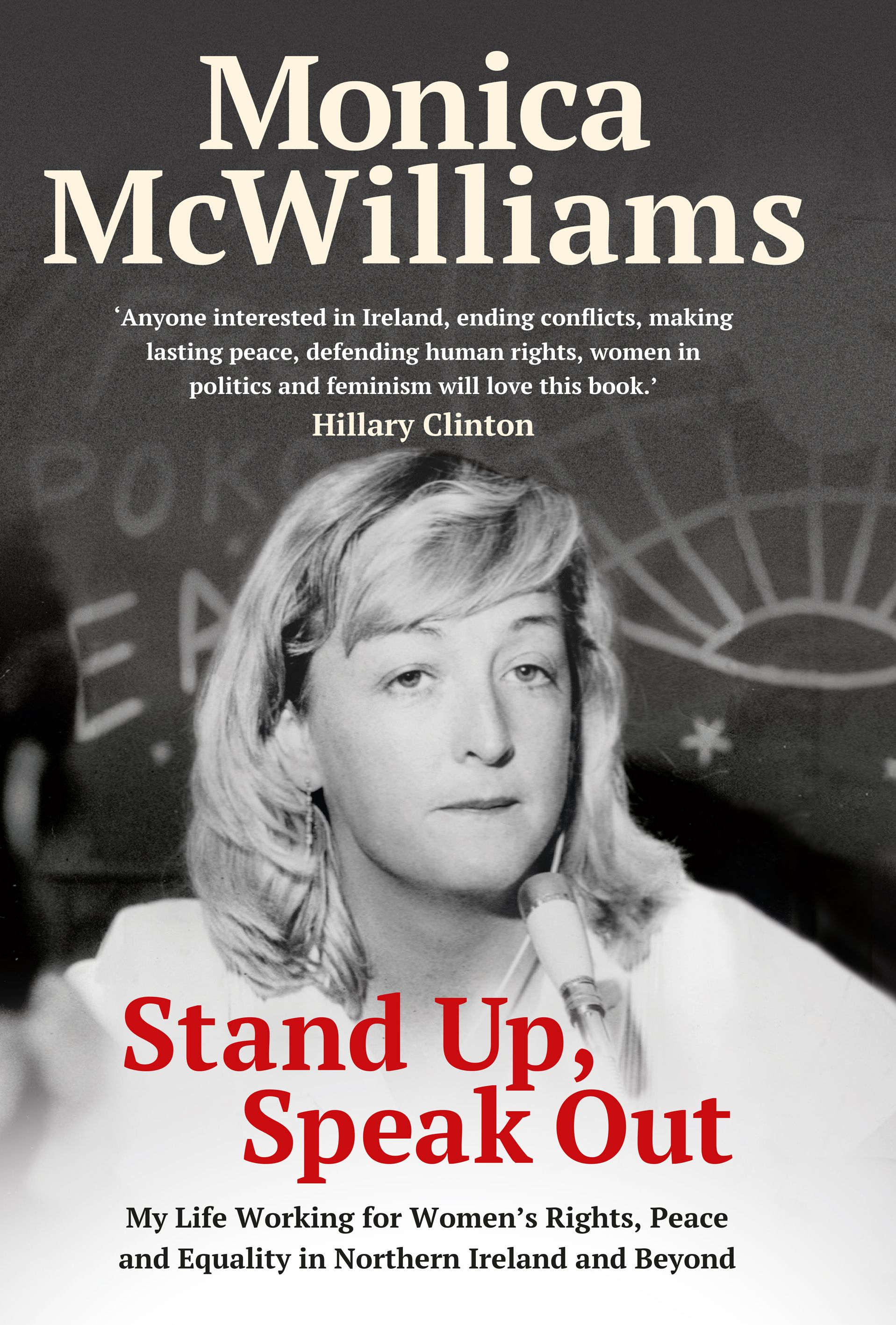 Stand Up, Speak Out

Add to Wish List Add to Compare
Email
My life working for women's rights, peace and equality in Northern Ireland and beyond
Monica McWilliams
Be the first to review this product

Frank, fascinating memoir from Northern Irish peace activist, human rights defender and former politician who has broken the mould in so many ways – in her work on domestic violence; in her co-founding of the Northern Ireland Women’s Coalition; and in her fight for peace and human rights both at home and globally.

By the age of ten, Monica McWilliams was dispensing payouts in her granny’s post office, book-keeping for her cattle-dealer father and leaving no one in any doubt that she could stand up for herself. She went on to break the mould in so many ways, as a woman, as an activist and as a politician. In this frank and fascinating memoir, she tells her extraordinary story for first time.

Now Emeritus Professor of the Transnational Justice Institute, Monica also chairs the Governing Board of the international NGO Interpeace and has worked with and for women in conflict societies including in South America and the Middle East. She is author of a number of journal articles, essays and reports on family and sexual matters; domestic violence; and human rights in Northern Ireland. This is her first book.

An unmissable memoir of a soaring hope for justice and peace, and of shocking misogyny. Women are so often written out of the history they make; women like Monica McWilliams make their voices heard, with humour and grace.
Lyse Doucet, BBC chief international correspondent