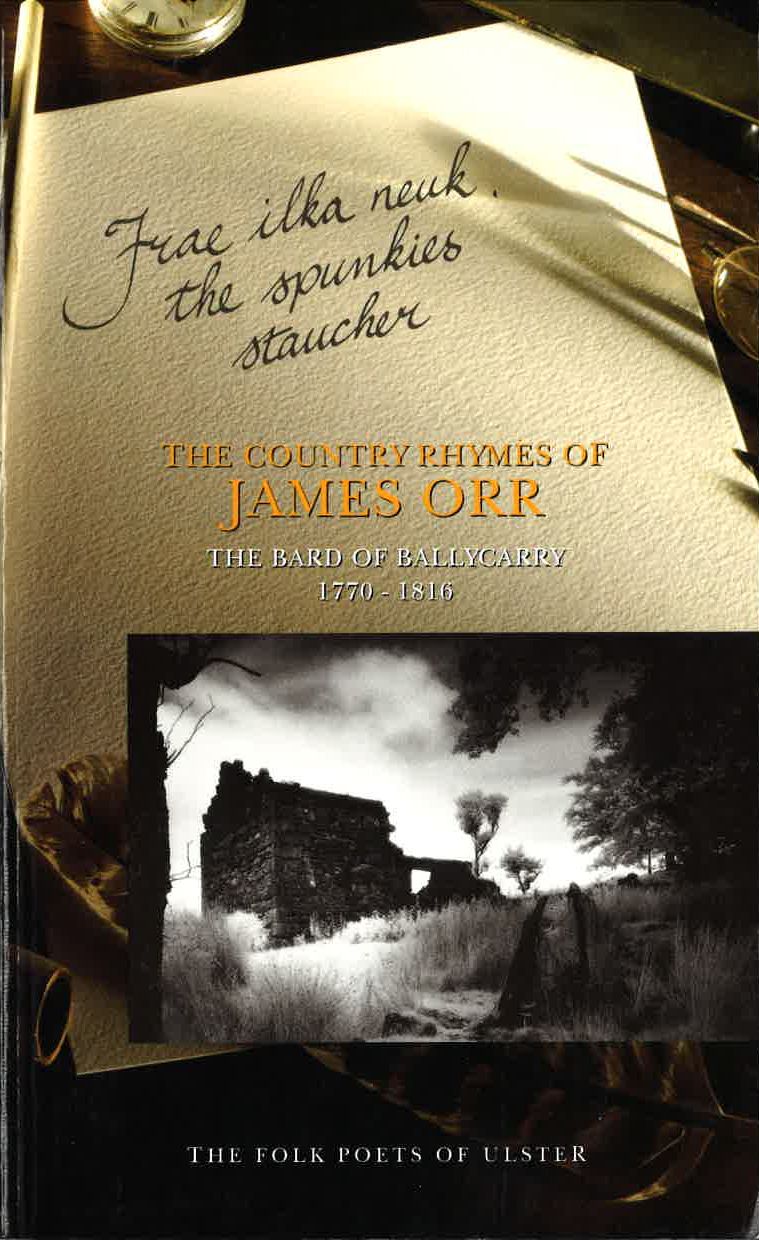 The Country Rhymes of James Orr

James Orr was regarded as the best exponent of country verse in the Ulster-Scot (Lallans) dialect. Born in 1770 in a thatched cottage near Ballycarry, County Antrim, he was taught to read, write and weave by his father. During his lifetime he penned some 150 poems, his reputation as the bard of the common people becoming firmly established.

This volume contains some 50 examples of his work, selected on the basis of their dialect and local interest. They include some of the finest pieces of literature in the Ulster-Scots language, confirming Orr's reputation as 'the Burns of Ulster'.