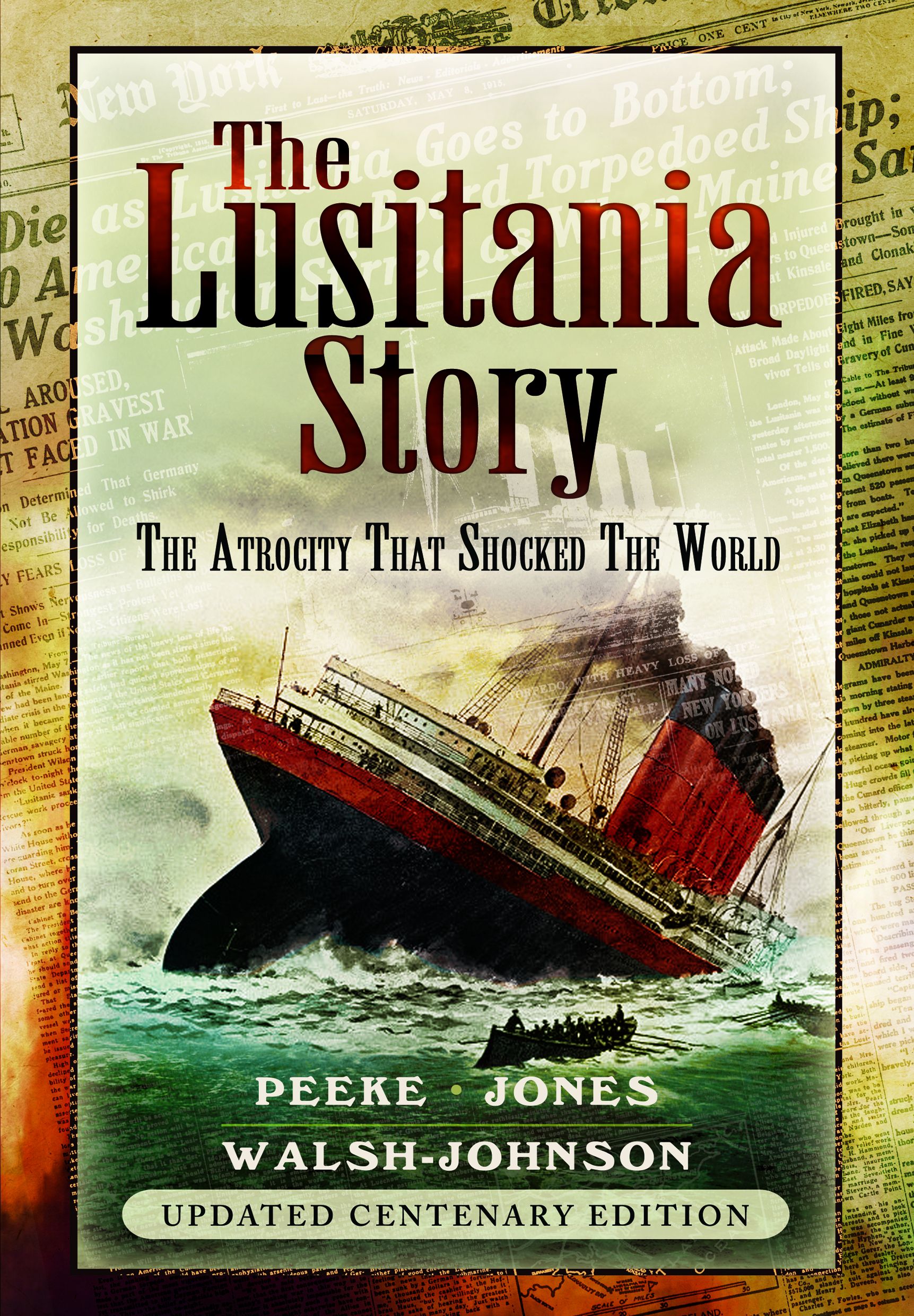 Thursday 7th May 2015 marks the centenary of the sinking of the RMS Lusitania having been torpedoed by a German U-boat. The wreck of this Cunard ocean liner, holder of the Blue Riband and, for a while the world’s largest passenger ship, still lies approximately 11 miles off the Old Head of Kinsale Lighthouse, County Cork.

This updated centenary edition is the complete story of this famous ocean liner, told for the first time in a single volume. The Lusitania is obviously remembered for controversy surrounding her loss by a German submarine attack in 1915, during the First World War, but this book also tells of her life before that cataclysmic event. It tells of the ground-breaking advances in maritime engineering that she represented, as well as a hitherto unheard of degree of opulence.

This book also takes a close look at the disaster which befell her and, with the help of leading experts, the authors examine the circumstances of her loss and try to determine why this magnificent vessel was lost in a mere 18 minutes.