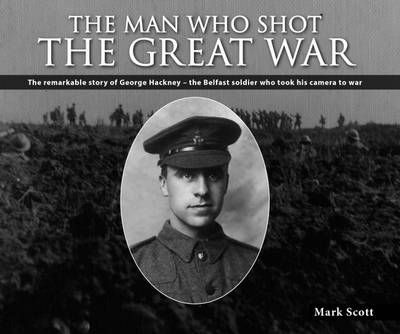 The Man Who Shot the Great War

The remarkable story of Lance Corporal George Hackney of the 36th Ulster Division, an ordinary Belfast soldier who took his camera to war in 1915 and how his wartime experiences fuelled an unlikely moral quest that was to change his life forever.

Lance Corporal George Hackney of the 36th Ulster Division was an ordinary Belfast soldier who, contrary to military law at the time, took his camera away to war in 1915. The images he took have become an exceptional and rare collection that documents The Great War first hand. George's images of soldiers training, travelling to France, and relaxing with friends and comrades contrast with his later images from the first day of the Battle of the Somme, life in the trenches and poignant reminders, that for many soldiers, they would never return home.This story also reveals how one man's wartime experiences fuelled an unlikely moral quest that was to change his life forever.Through the making of the BBC documentary, 'The Man Who Shot The Great War', author Mark Scott found himself researching George's work and in doing so, retracing the footsteps of his own great grandfather, Jimmy Scott, who was George's sergeant for two years. George took several photographs of Jimmy Scott, photographs that were handed on to Jimmy's widow after he was killed in action near Messines in 1917. They have been in the Scott family ever since.Four generations have looked Jimmy in the eye through George's lens, and been able to put a face to the name on a grave. Such is the power of photography.