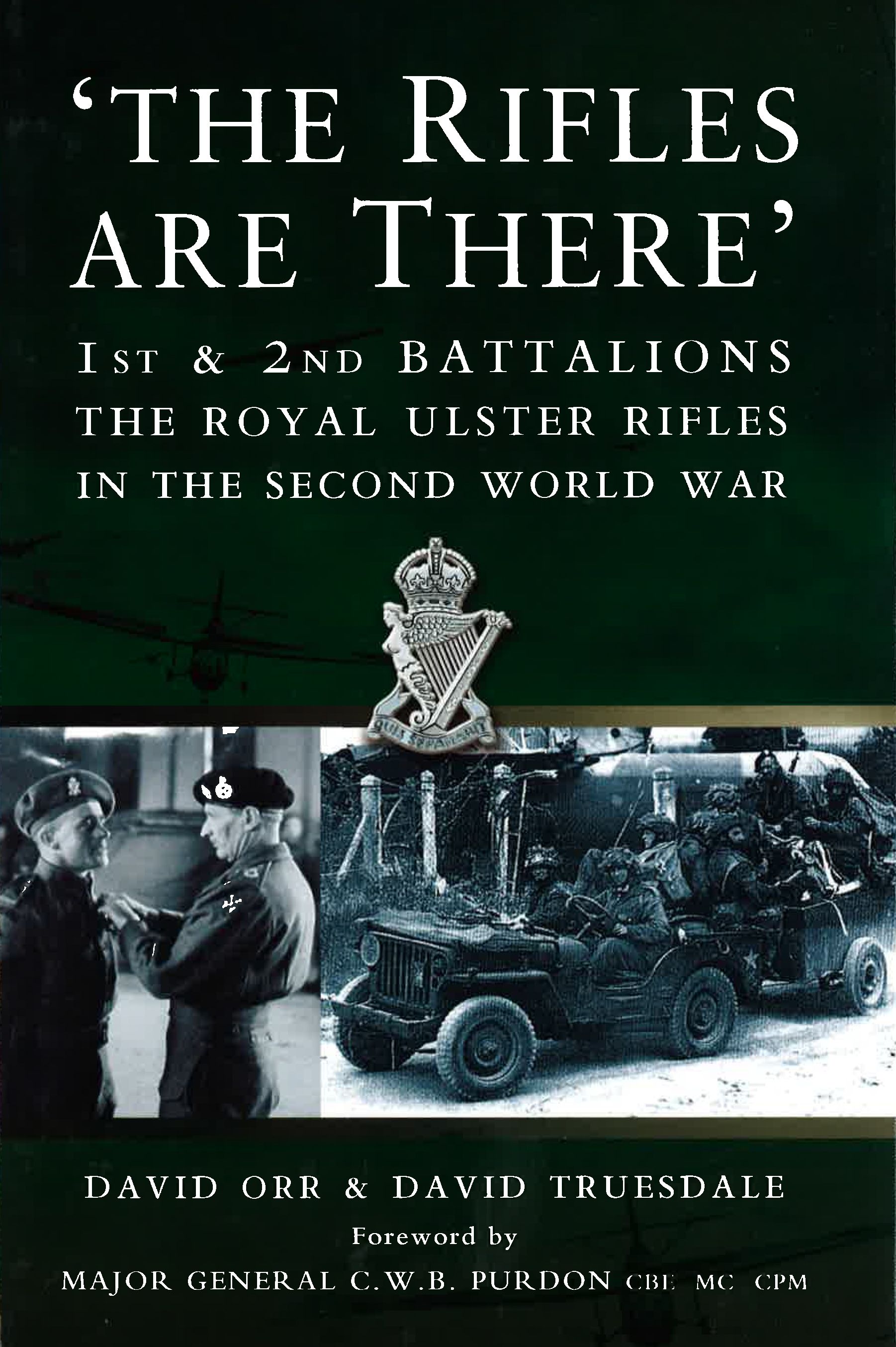 The Rifles are There: 1st and 2nd Battalions, The Royal Ulster Rifles in the Second World War

A history of the two Royal Ulster Rifles battalions during the Second World War. Although there was a healthy rivalry between the battalions, both reserved their fighting skills for the luckless enemy. At the outbreak of the war the 1st Battalion was garrisoned in India whereas the 2nd went to France with the BEF. Indeed the title of this book is credited to Major General Bernard Montgomery who was commanding 3rd Division during the retreat to Dunkirk. On hearing that the RUR were in the line, he reputedly exclaimed, 'it's alright then – the Rifles are there'.

After arduous training both battalions landed in Normandy on D-Day; the 1st by gliders as part of 6th Airlanding Brigade and the 2nd with 9th Brigade of 3rd Division on SWORD Beach. Indeed the RUR have the unique distinction of being the only British regiment to be represented on D-Day by both regular battalions. In addition numerous Riflemen were in 9th Parachute Battalion (commanded by Lieutenant Colonel Terence Otway, himself a Rifles' Officer) and there is a full description of the legendary assault on the Merville Battery.

This well-researched work goes on to describe the long slog through North West Europe to the heart of Germany. Of the many fierce engagements that the battalions fought, those in the Ardennes during the German counter-attack and the massive Rhine Crossing Operation (VARSITY) deserve special mention.There were numerous battles, both major and minor, where the Rifles' legendary fighting skills and courage were put to the test.