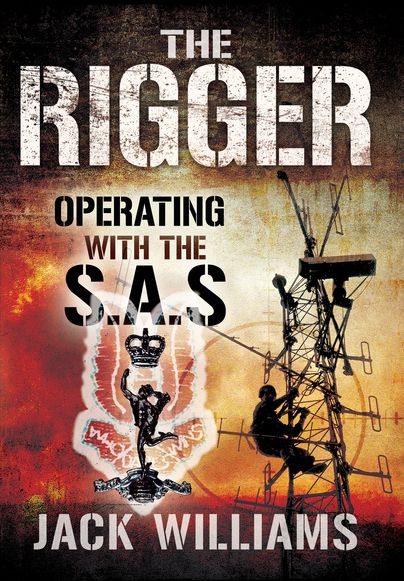 The Security Forces’ campaign against Republican and Loyalist terrorism in Northern Ireland since 1969 took many forms. But at the heart of all operations was the need for first class communications. A graphic personal account, The Rigger exposes the extreme risks undertaken by specialists operators in order to provide and maintain this essential element.

The author, who served alongside the SAS and other covert military organisations, spares no detail in describing the dangers, tensions, dramas and humour of life at the sharp end. Climbing 400-foot masts is not for the faint-hearted at the best of times but to do so in the bandit country of South Armagh or above staunchly IRA enclaves of Belfast and Londonderry was a whole new ball game and, for some not as lucky as Jack, a fatal one.

Before joining the army, Jack Williams tried his hand as an engineering apprentice, telephone installer, investment trust salesman, lorry driver and taxi company owner. During his 22 years service, he travelled extensively, volunteering for anything that sounded exciting. Consequently he parachuted, rock climbed and rigged communications to masts all over the world.

Since leaving the army, he has witnessed the highs and lows of civilian life from being homeless and broke to now running a successful training consultancy and living in his own house. Happily married to his second wife, The Rigger represented his first step on the road to becoming a full-time writer.

The Rigger, Operating with the S.A.S., by Jack Williams now published in paperback for the first time.