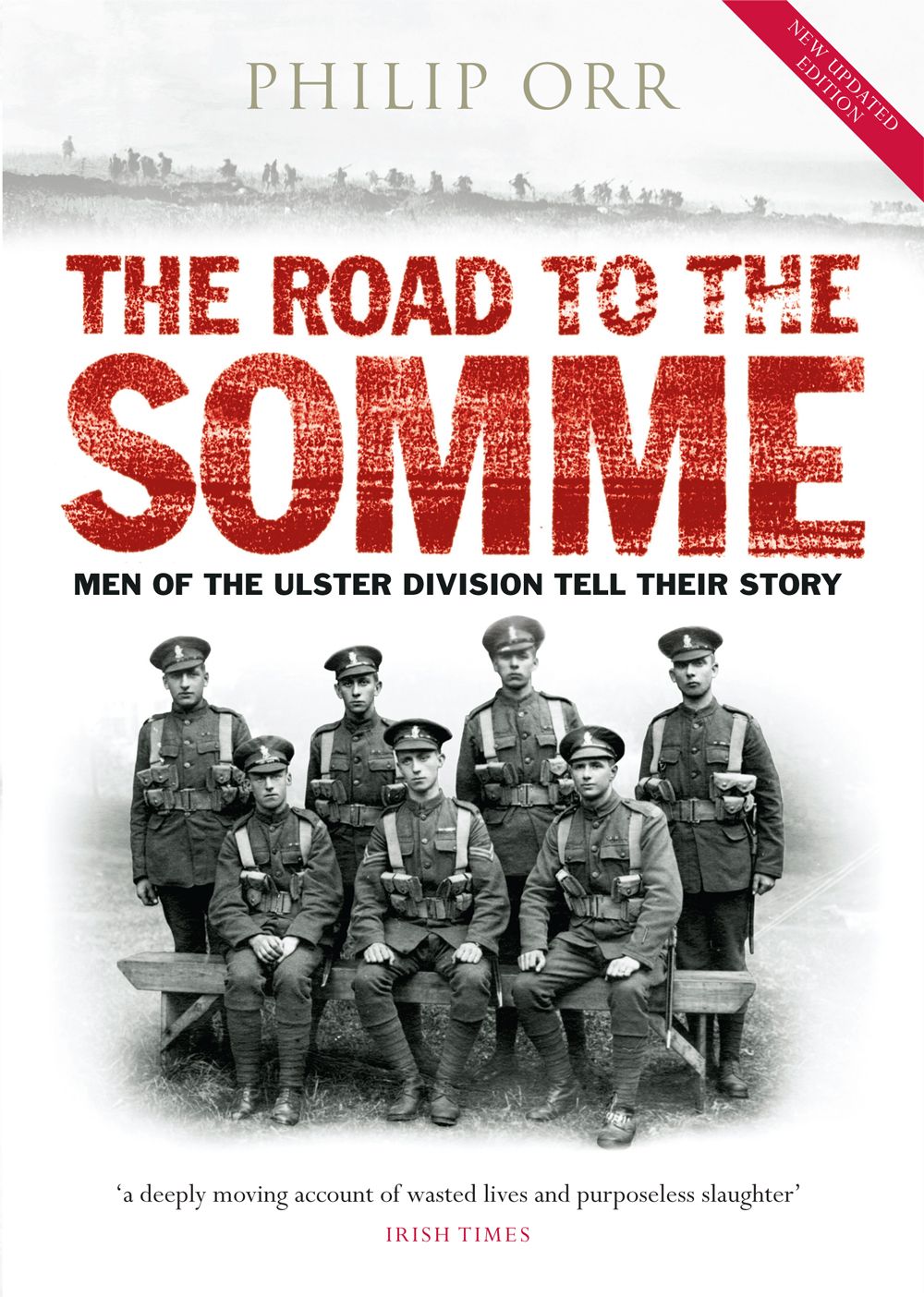 The Road to the Somme

During the 1916 Battle of the Somme in WW1 the Ulster division lost over two thousand men. This book covers the events leading to the Somme – the birth of the UVF in 1912, the aftermath and the bravery that has become iconic in Northern Ireland tradition.

‘a deeply moving account of wasted lives and purposeless slaughter’

During the 1916 Battle of the Somme in WW1 the Ulster division lost over two thousand men, and more than three thousand suffered injuries. Their tragic story, and great bravery, has since become iconic in Ulster Protestant and Northern Ireland tradition and mythology.

The book covers the events that led up to the Somme – including the birth of the UVF in 1912 and the Ulster Division’s formation, training, and journey to France – the battle itself, and the aftermath, when local papers were filled with long lists of casualties and the 12th July parades were replaced by a five-minute silence across Ulster at noon.

Based on Philip Orr’s interviews with Somme veterans, this is the soldiers’ story, told in their eloquent voices, exposing the reality of that bloody summer and its devastating and far-reaching impact on a close-knit community.