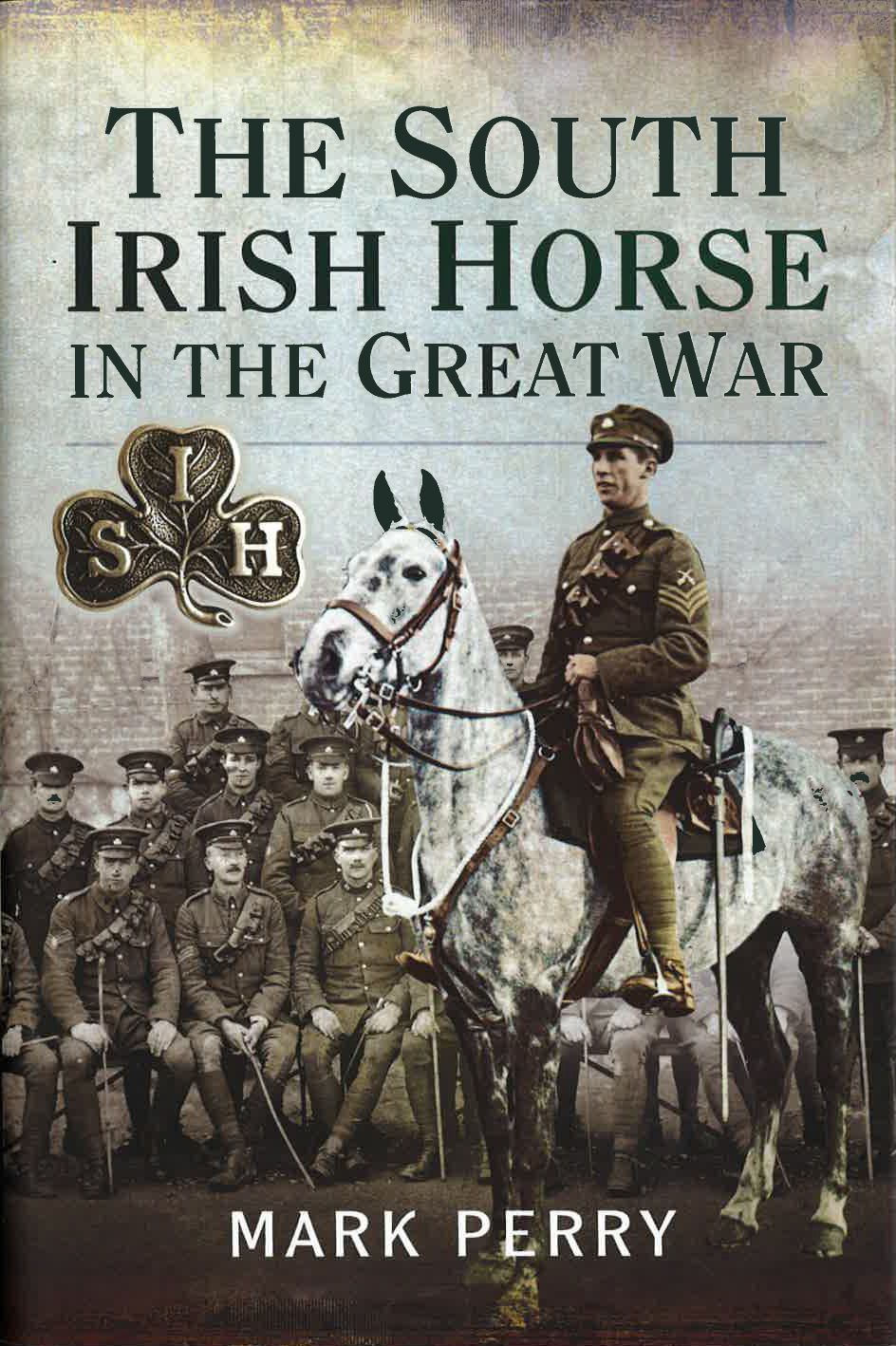 The South Irish Horse in the Great War

On 12 June 1922 King George V received at Windsor Castle representatives of the six disbanded Irish regiments. While five had long and distinguished service records, the South Irish Horse (SIH) had only been raised in 1902, as a result of the second Boer War, but too late to take part.

On the outbreak of The Great War a single squadron of the SIH was sent to Flanders which was involved in the retreat from Mons and the Marne and the early battles of Ypres, Neuve Chapelle. The remainder of the Regiment followed and over the next four years, won ten battle honours including Loos 1915, Somme 1916 and 1918, Albert, St Quentin, Courtrai and finally France and Flanders 1915-1918. Losses were severe and there were many acts of gallantry.

This book, while not an official history, fills a void by describing the achievements of this unique and short-lives regiment and the colourful characters who served in it. Certainly there is a fine story to tell and it will be invaluable to those researching former members.