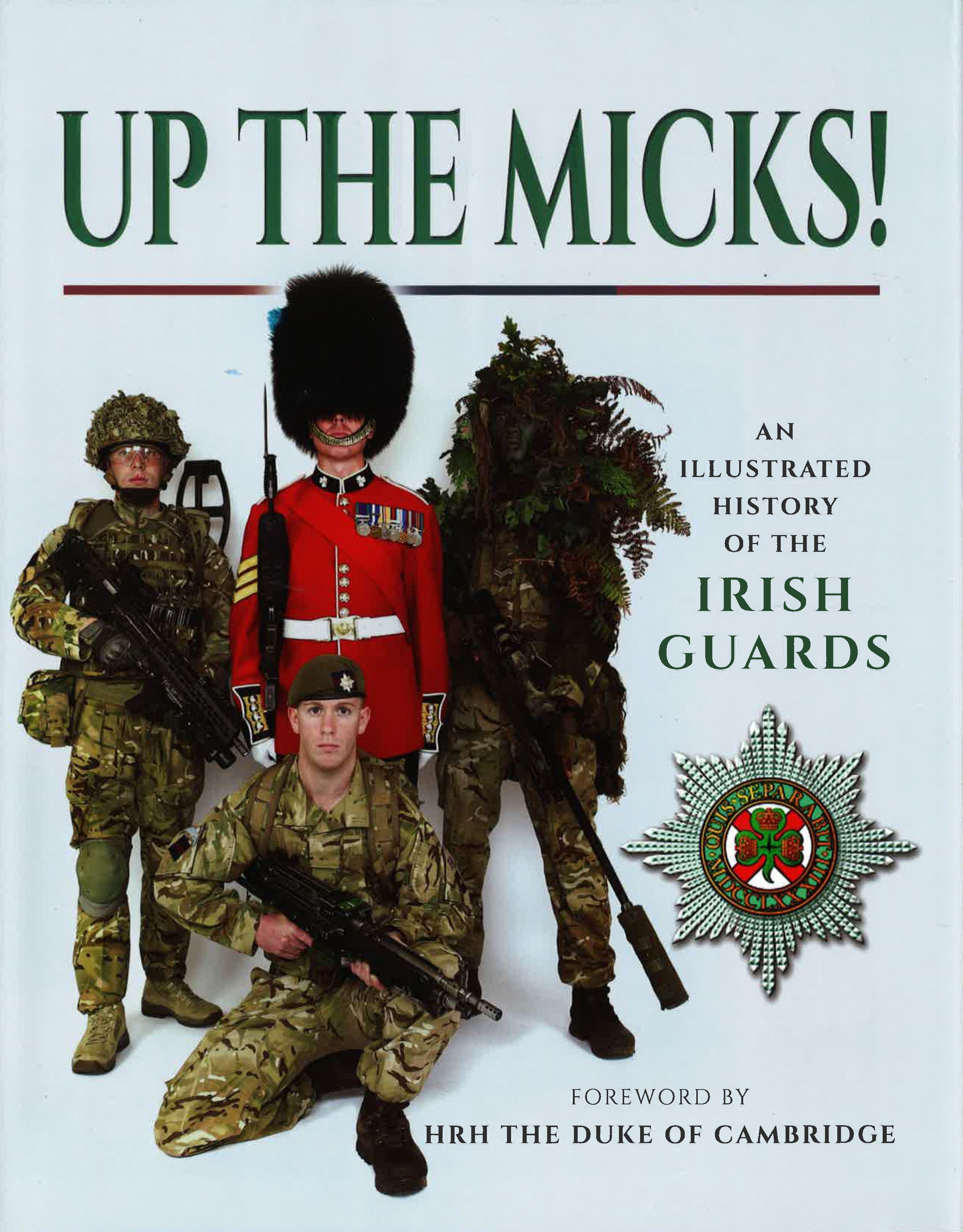 The unique history of The Micks – the Irish Guards – is chronicled in over 1000 images, starting with their formation in 1900 and taking the reader through to the recent war in Afghanistan. It is the story of a remarkable family regiment that continues to enhance the values, standards and reputation of the British infantry in an ever-changing world.

The two world wars are covered in detail with dramatic pictures. The First World War – the brick stacks at Cuinchy under fire, where O’Leary won his VC – and the Second World War – the inferno of the transport ship Chobry off the coast of Norway and the first ever German King Tiger tank seen in action brought to a halt by the Irish Guards without firing a shot. More recently, the Micks were involved in internal security duties in Palestine, Cyprus, Malaya, Aden, Northern Ireland and the Balkans. They led the way into Iraq in the Second Gulf War and shed blood in Afghanistan.

The book shows the development of regimental soldiering from the rigidity of the Victorian era, through the horrors of the trenches to armoured warfare in Europe and light infantry soldiering worldwide – all the time upholding the finest traditions of the Foot Guards. In an army that prides itself on the strength of the regimental system, the Irish Guards have created a distinctive and enduring ethos of their own.

This is not just a cold regimental history but has been compiled to show the Micks’ ability to find humour even in the most adverse conditions while demonstrating excellence at both operational and ceremonial soldiering. It also contains, in an extensive set of appendices, a remarkable record of facts about the regiment – the people, places and events in the history of the Irish Guards – which will serve as an invaluable source of information for future generations.