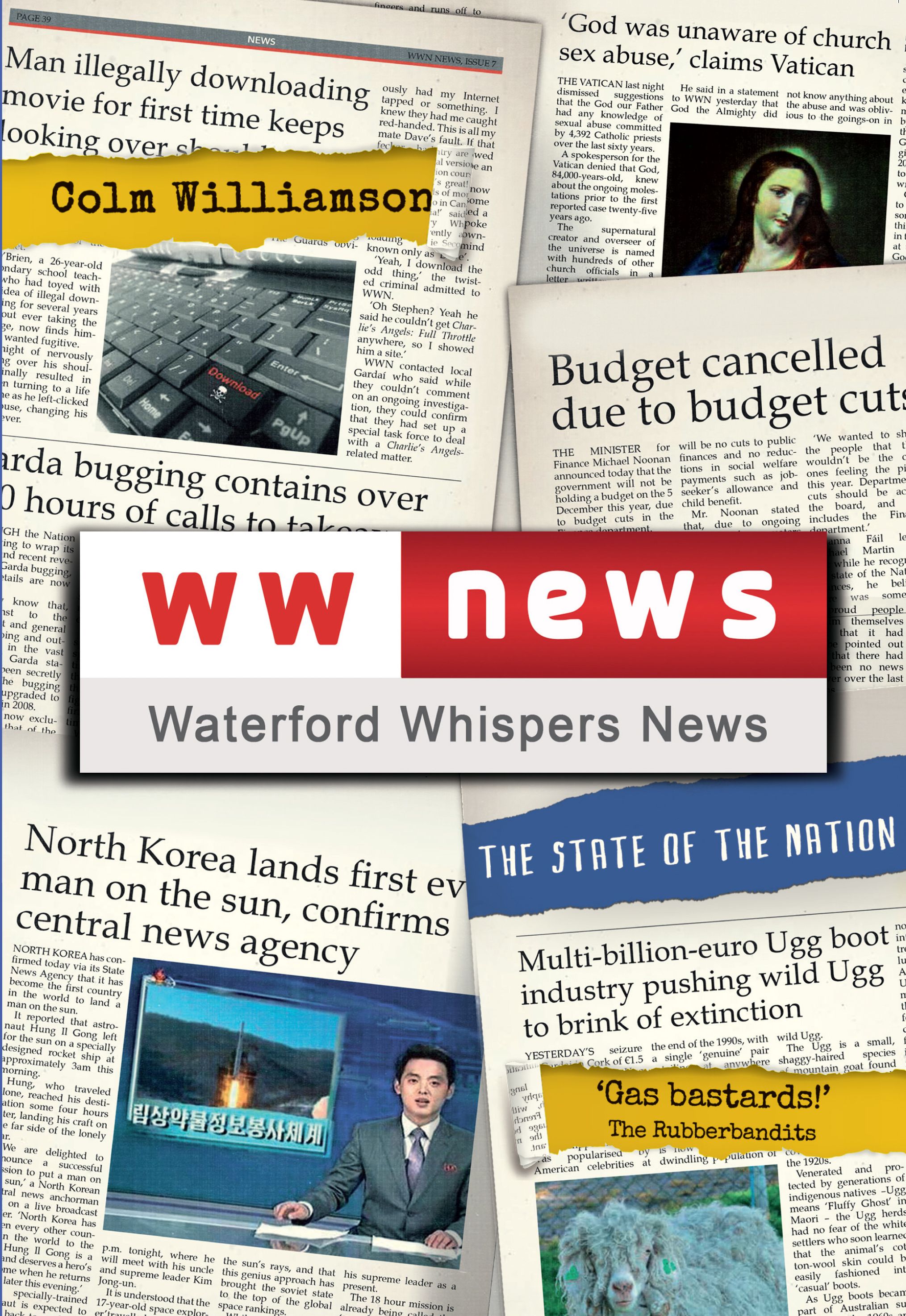 Waterford Whispers News is Ireland’s leading online satirical site – Ireland’s answer to The Onion. The site shot to notoriety in January 2014 when it ran a spoof story about North Korea sending a rocket to the sun. The story went viral and was picked up as genuine by a number of mainstream media outlets.

Since then Waterford Whispers News has been unstoppable, with headlines such as ‘Hundreds of Englishmen hospitalised after trying to play hurling’, Emigration will be offered as a Leaving Cert subject in 2015’ and ‘Garda whistleblower not invited out with the lads from work this weekend’.

From politics, to celebrity news and lifestyle, the Waterford Whispers annual brings together the best of the brilliant and original stories that have run on the site, including what Michelle Obama had to say about the Irish people, how Kim Kardashian got on during her Cork honeymoon, and the real story behind the Garda tapes scandal.

Hilarious, acerbic and witty, this is Irish humour at its brilliant best! Includes brand new material, including insights and predictions and for 2015