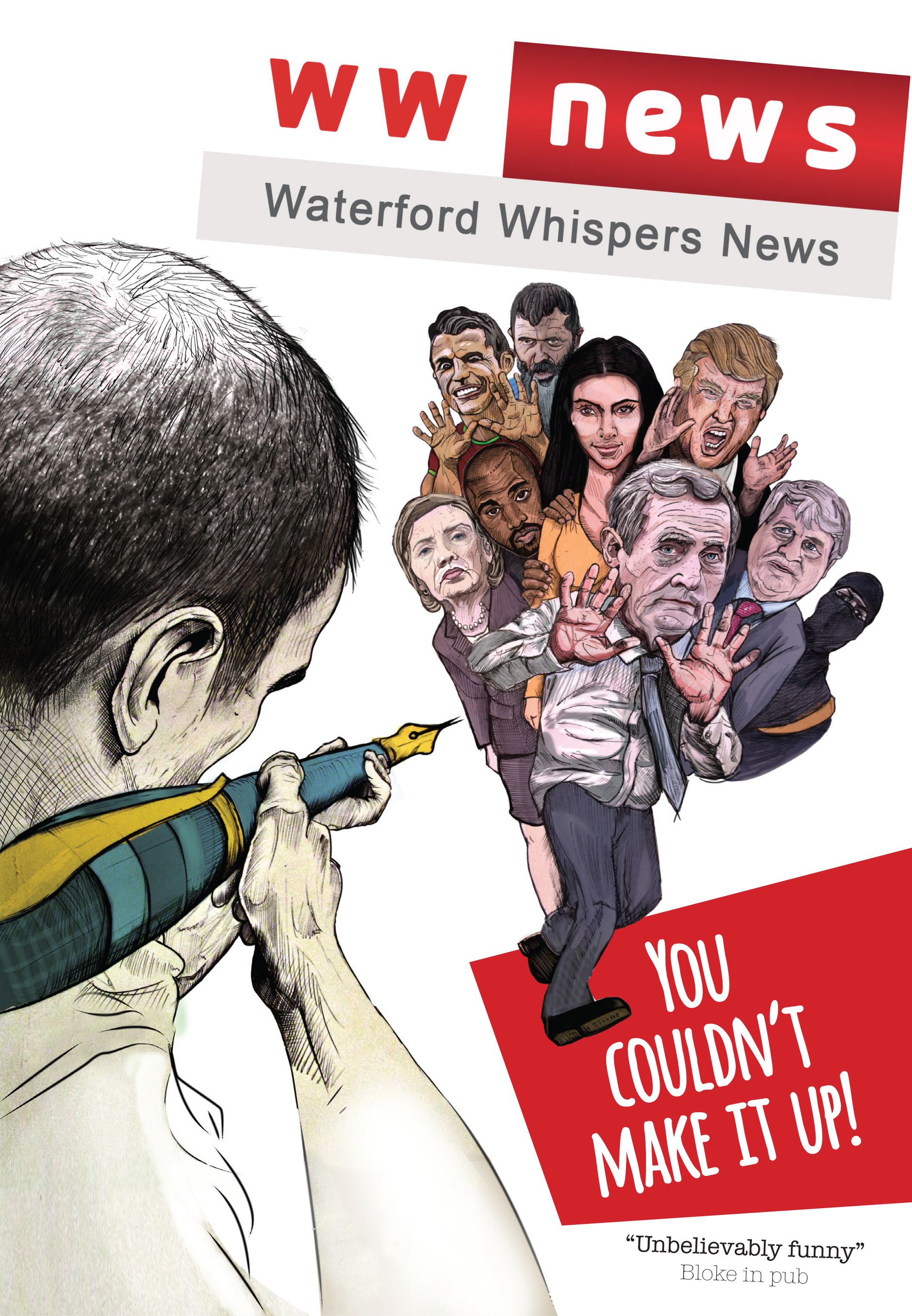 Add to Wish List Add to Compare
Email
You Couldn't Make it Up!
Colm Williamson
Be the first to review this product

Waterford Whispers News is Ireland’s leading online satirical site – Ireland’s answer to The Onion. The site shot to notoriety in January 2014 when it ran a spoof story about North Korea sending a rocket to the sun – which went viral and was picked up as genuine by a number of mainstream media outlets. Since then Waterford Whispers News has been unstoppable, and is now a recognised brand worldwide and a rival to major satirical news sites such as The Daily Mash.

Following the success of the bestselling Waterford Whispers News: The State of the Nation and Waterford Whispers Takes Over the World, this new book brings together the best of the brilliant and original stories that have run on the site in the last year, including all the latest on Gerry Adams, commemorations, hipsters, Ryanair and Conor McGregor. Look out to for an Election Special, the inside track on The Rose of Tralee and on the European Championship 2016, and a brand new series of WWN reports on Evergreen Ireland.