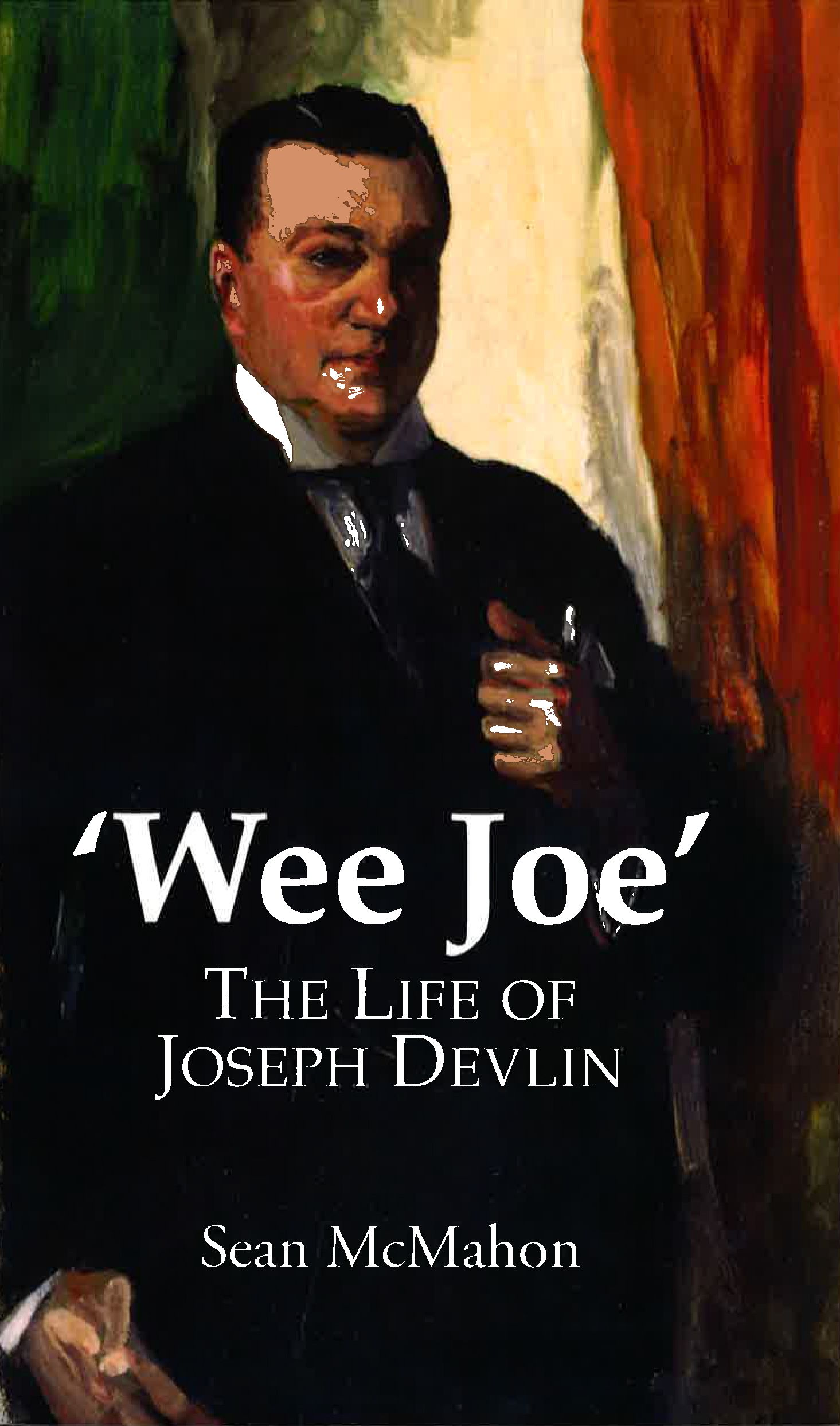 By the time of his death in 1934, Joseph Devlin, or “Wee Joe” as he was more affectionately known to his constituents, had left an indelible mark on Nationalist politics in Ireland. However, at the end of his life, also, there was a sense that, like his associate and party leader, John Redmond, Devlin had become a spent force in public life, that he had become too true to his constitutional ideals to prosper in the political climate of the time.

Nevertheless, Devlin had been a significant figure in Irish life, perhaps one of the most significant, and in this long overdue biography, writer Sean McMahon attempts to piece together the career of a man whose service to both his nation and his constituents has been more often than not unfairly designated to nothing more than a footnote in Irish history.

Overcoming problems presented by Devlin’s own insistence that his papers should be destroyed on his death, McMahon evokes a picture of a man who, at his height, proved to be a thorn in the sides of both the religious and political establishment in Ireland, but who never lost sight of the needs of the people who elected him to power. Even when his star was diminishing in later life, Devlin’s charitable impulses, big-heartedness, and hard work saw him channel his efforts into attempting to mitigate the miseries that were compounded for northern Catholics with the passing of the 1920 Government of Ireland Act.

The result is a poignant tribute to a man whose principles eventually rendered him a figure whose time was out of joint.