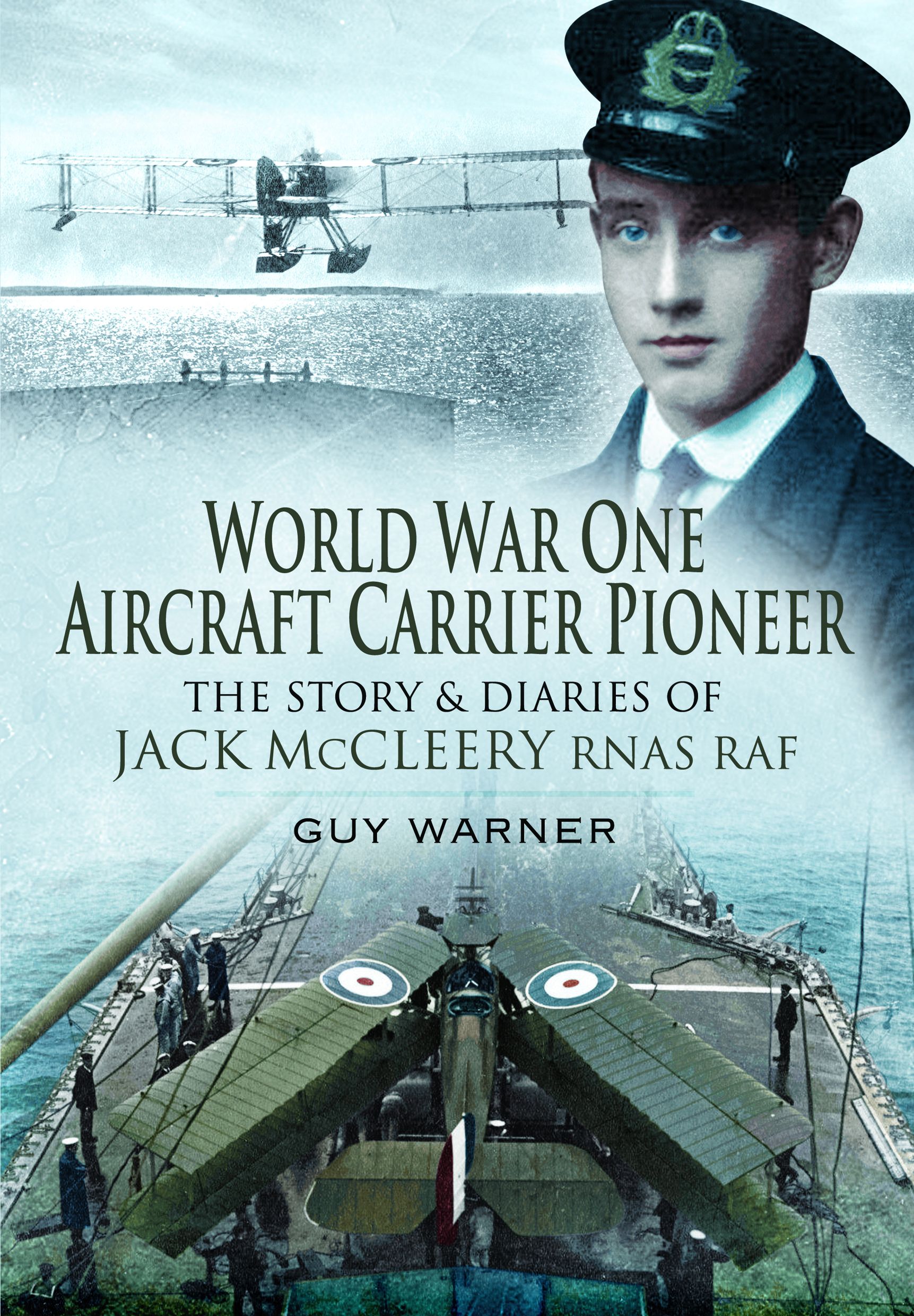 Jack McCleery was born in Belfast in 1898, the son of a mill owning family. He joined the RNAS in 1916 as a Probationary Flight Officer. During the next ten months he completed his training at Crystal Palace, Eastchurch, Cranwell, Frieston, Calshot and Isle of Grain, flying more than a dozen landplanes, seaplanes and flying boats, gaining his wings as a Flight Sub-Lieutenant. In July 1917 he was posted to the newly commissioning aircraft carrier HMS Furious, which would be based at Scapa Flow and Rosyth. He served in this ship until February 1919, flying Short 184 seaplanes and then Sopwith 1½ Strutters off the deck. He also flew a large number of other types during this time from shore stations at Turnhouse, East Fortune and Donibristle.

He served with important and well-known naval airmen including Dunning, Rutland (of Jutland) and Bell Davies VC. He witnessed Dunning’s first successful landing on a carrier flying a Sopwith Pup in 1917 and his tragic death a few days later. He also witnessed the Tondern raid in 1918, the world’s first carrier strike mission. He took part in more than a dozen sweeps into the North Sea by elements of the Grand Fleet and Battle Cruiser Fleet. He carried out reconnaissance missions off the coast of Denmark, landing in the sea to be picked up by waiting destroyers. He witnessed the surrender of the High Seas Fleet. Promoted to Captain, he acted as temporary CO of F Squadron for a time post-war.

Guy Warner has been given access to McCleery’s wartime dairy, his letters home, other memorabilia and three remarkable albums with hundreds of photos taken by Jack and others of the events described above. His intention is to edit Jack’s diary and letters, to provide an introduction and conclusion and to annotate the text with explanatory details of important events, people, places, ships and aircraft. Jack McCleery’s son, John, is fully supportive of the proposal.

Guy has just written a series of historical articles for the Fleet Air Arm in connection with FlyNavy 100, has previously written about naval aviation history in his books on 230 Squadron (which began life as a RNAS unit) and on RNAS Airships in WW1.